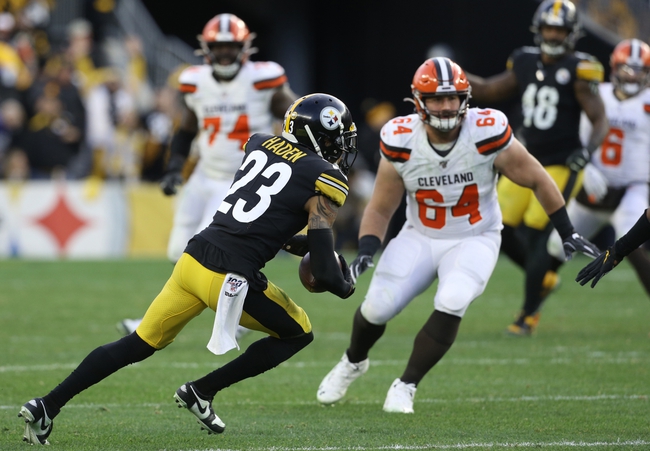 The Cleveland Browns and the Pittsburgh Steelers meet in an AFC North division matchup in week 6 NFL action from Heinz Field on Sunday afternoon.

The Cleveland Browns will look to build on their 4-1 start to the year picking up a 4th straight victory in their 32-23 win over the Colts last time out. Baker Mayfield has thrown for 976 yards, 9 touchdowns and 4 interceptions on 61.2% passing while Kareem Hunt has rushed for a team-high 347 yards and 3 touchdowns. Odell Beckham Jr. leads the Browns in receiving with 21 catches for 294 yards and 3 touchdowns while Jarvis Landry isn’t far off with 21 grabs of his own for 279 yards. Austin Hooper also has 153 receiving yards for the Browns while the aforementioned Hunt has 3 receiving scores as well. B.J. Goodson leads Cleveland with 36 total tackles including 23 solo tackles while Myles Garrett has a team-high 6 sacks which is good for 2nd-most in the NFL.

The Pittsburgh Steelers will look to remain unbeaten after a 38-29 win over the Eagles last time out. Ben Roethlisberger has thrown for 1,016 yards, 10 touchdowns and 1 interception on 69.9% passing while James Conner has rushed for a team-high 266 yards and 3 scores. Benny Snell Jr. has 148 rushing yards while Chase Claypool leads the Steelers in receiving with 251 receiving yards and 4 touchdowns. JuJu Smith-Schuster has a team-high 21 catches for 188 yards and 3 touchdowns, while Eric Ebron, Diontae Johnson and James Washington all have 100+ receiving yards for the Steelers this year. Defensively, Mike Hilton has a team-high 29 total tackles with 27 solo tackles along with 3 sacks. T.J. Watt has a team-high 4.5 sacks while Stephon Tuitt has 3.5 sacks and Bud Dupree has 3 sacks this season.

You can make the case for the Steelers simply due to the fact that the Steelers have gone 25-4-1 against the Browns since 2004. Sheer dominance since Big Ben joined the roster. However the low line is kind of making me feel like we’re trying to be sucked into that ideology, that we back Pittsburgh simply because they’ve had the Browns’ number. However, the Browns look like they’re finally living up to expectations and that they’ve finally figured out the style of offense that best suits them and gives them the best chance to win games. I also never thought I’d say this, but Baker Mayfield’s also doing a better job at hitting his receivers more consistently. I think this game could be decided on a last second field goal if it’s not an outright Cleveland win, so I’ll take the Browns and the points in this one. 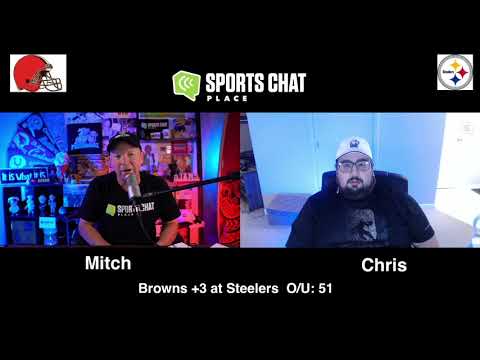