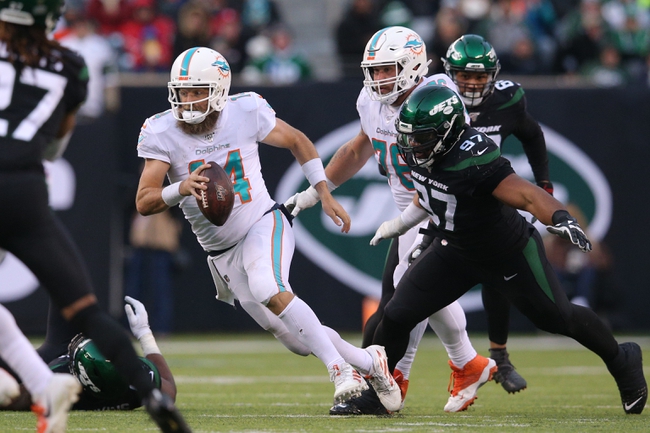 New York enters this game at 0-5 on the 2020 season. So far, the Jets have recorded losses to the Bills, 49ers, Colts, Broncos and Cardinals in succession. As for the Dolphins, they’re 2-3 this year. Miami has fallen to the Patriots, Bills and Seahawks but otherwise taken out the Jaguars and 49ers. Check back all season long for free NFL picks and NFL predictions at Sports Chat Place.

There haven’t been too many positives in the Jets’ season so far. New York has coughed up 27 points or more in all five games, and scored more than 17 points themselves only once. The Jets fell 27-17 to the Bills, 31-13 to the Niners, 36-7 to the Colts, 37-28 to the Broncos and suffered another blowout versus the Cardinals 30-10 last weekend.

In the loss to the Cardinals, Jets quarterback Joe Flacco posted 195 yards and one TD, while Le’Veon Bell rushed 13 times for 60 yards. Jamison Crowder was the top New York receiver with eight grabs for 116 yards and a score.

Over on the Dolphins’ side, they’ve had an up-and-down season so far, with a few flashes of future potential mixed in. Miami has generally been hanging in games as well; the Dolphins lost by 10 to the Patriots but were within three of the Bills and eight of the Seahawks. The 49ers game—a 43-17 win—was Miami’s best yet.

In the victory over San Francisco, Miami QB Ryan Fitzpatrick posted 350 yards with three touchdowns, and Preston Williams led the receivers with 106 yards and a score off four grabs. Myles Gaskin was the top rusher for the Dolphins there with 16 carries for 57 yards and a TD.

PICK: I’m going with the Dolphins here, but probably staying away from this one in reality. The line seems right on; New York knows Miami well enough to keep within range here, but realistically the Jets simply don’t have the talent on either side of the ball to trust the team on anything. I like Miami to pull away in the second half and put another proverbial nail in New York’s 2020 season coffin. 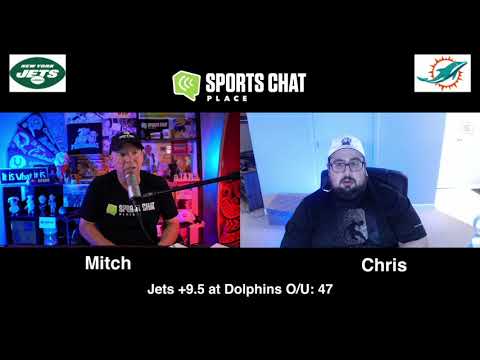