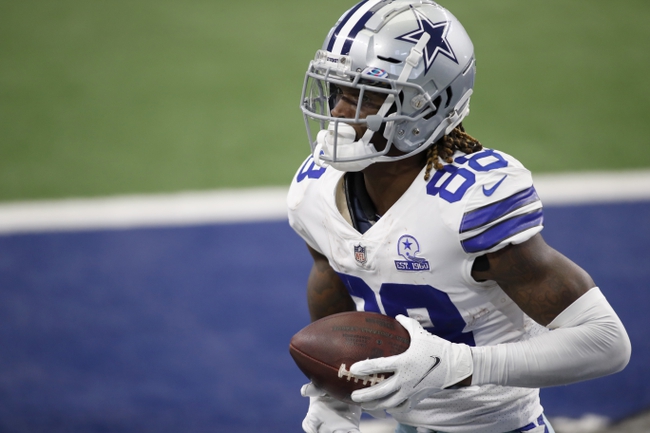 The Arizona Cardinals and the Dallas Cowboys meet Monday in Week 6 NFL action from AT&T Stadium.

The Cardinals enter this one at 3-2 so far. Arizona has fallen to the Lions and Panthers but otherwise bagged wins over the 49ers, Washington and the Jets. As for the Cowboys, they’re 2-3 on the 2020 season. Dallas lost games versus the Rams, Seahawks and Browns but have notched wins over the Falcons and Giants otherwise. Check back all season long for free NFL picks and NFL predictions at Sports Chat Place.

The Cardinals have shown flashes of potential this season, and they’re not faring too badly in 2020 all things considered. Arizona’s biggest loss was by 10 to the Panthers, and they were within three of the Lions so the Cards have been competitive in every game. A 30-10 win over the lowly Jets last weekend should serve as a confidence booster.

In the victory over New York, Cardinals quarterback Kyler Murray posted 380 yards with a TD and a pick, while Kenyan Drake led the rush with 60 yards and a score. DeAndre Hopkins posted 131 yards and a score on six grabs in that one.

Over on the Cowboys’ side, they’ve looked pretty choppy this year, despite just one of their losses coming by more than seven points. Compounding Dallas’ issues moving forward is the season-ending injury to quarterback Dak Prescott, who was hurt in the 37-34 win over the Giants last weekend.

In the win over the Giants, Prescott put up 166 yards and an interception, with CeeDee Lamb getting most of the receiving work on 124 yards and eight catches. Ezekiel Elliott managed 19 carries for 91 yards and two scores to lead the running game there as well.

PICK: I’m going Cowboys. This game experienced a sizable swing on point spread (six points) after Dallas announced Prescott would be out for the remainder of the season after fracturing his right ankle in the win over New York, and understandably so. Thing is, Dallas hasn’t covered yet this season so the line on this one may tick up even further this week. Losing Prescott is a huge blow, but the Cowboys should still have enough offensive capabilities to hang around with Arizona.