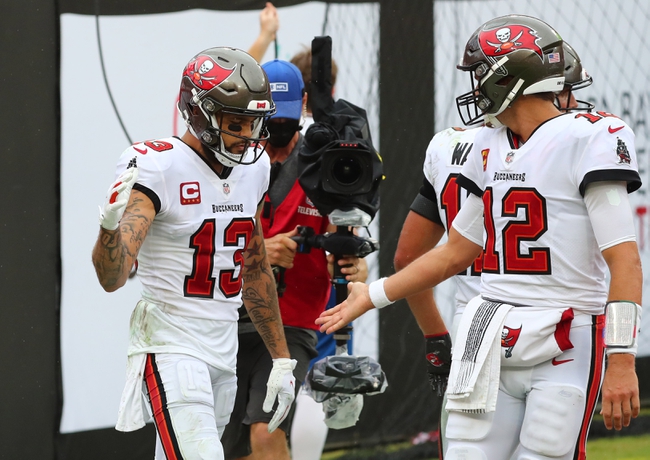 The Tampa Bay Buccaneers signed wide receiver Antonio Brown for the remainder of the season and their Super Bowl betting odds have improved.

Right now, you can get the Buccaneers as high as +1000 to win the Super Bowl, which gives them anywhere from the third to fifth best odds to take home the Lombardi Trophy. Knowing that, should you lock in a future bet on the Bucs?

Honestly, this has little to do with the signing of Brown. While we know what he’s capable of when he has his head screwed on straight, Brown has been a headache the last two years and hasn’t done anything productive on the field since leaving the Steelers after the 2018 season. Last year with the Patriots, Brown played just one game and caught four balls for 56 yards and one touchdown. Brown hasn’t played since September of last year.

This move is simply about adding an extra body with the Buccaneers offensive weapons dropping like flies. OJ Howard is out for the year with a ruptured Achilles tendon. Mike Evans has an ankle injury and limps constantly while pushing through games. Scotty Miller has a hip injury. Chris Godwin missed multiple games with a concussion. Heck, even running backs Leonard Fournette and LeSean McCoy have had issues staying on the field.

Sign Brown, hope it works out, and at worse it’s an extra guy to allow some of the other players to heal up and not have to push through injuries as much.

With that said, this is arguably the best collection of offensive talent Brady has ever had around him when healthy. If Brown is even close to what he was in Pittsburgh, pairing him with a healthy Evans, Godwin and Rob Gronkowski is possibly the best receiving options in the league.

However, the real reason to be high on the Buccaneers Super Bowl hopes is that defense. Heading into Week 7, the Buccaneers defense is first in total yards and rushing yards, sixth in passing yards, eighth in points scored and third in takeaways. The Buccaneers have seven different players with at least two sacks and eight players with at least four tackles for loss. The Bucs just held the previously undefeated Packers to 10 points and 201 total yards, and they’ve allowed 20 or less points in four of their last five games overall.

The signing of Brown is going to get a lot of headlines and is cool for the fantasy football guys, but the truth is you should have been high on the Buccaneers before this move. This is a balanced football team that seems to be getting better and more impressive by the week.