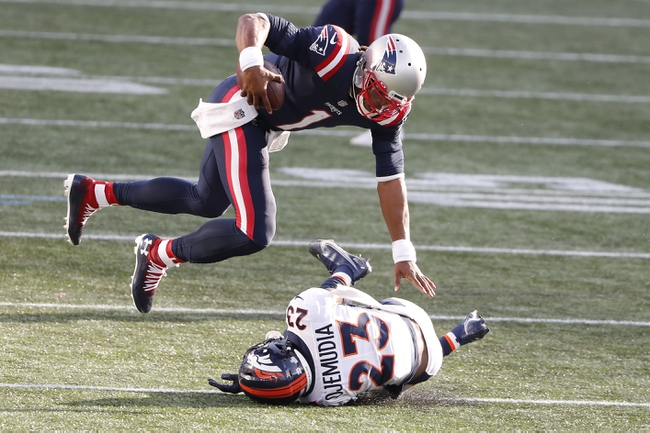 The San Francisco 49ers and the New England Patriots meet in week 7 NFL action from Gillette Stadium on Sunday afternoon in a battle of teams need a win.

The San Francisco 49ers will look to build off of a 24-16 win over the Rams in their last game. Jimmy Garoppolo has thrown for 735 yards, 7 touchdowns and 2 interceptions on 63.6% passing while Raheem Mostert has rushed for 303 yards but will miss significant time with an ankle sprain. Jerick McKinnon has 211 rushing yards and 3 TDs as well. George Kittle leads San Francisco’s receiving group with 30 grabs on 38 targets for 380 yards and a pair of touchdowns while Kendrick Bourne has 271 receiving yards and Brandon Aiyuk, Deebo Samuel, McKinnon and Mostert each have 100+ receiving yards for the Niners this season. Defensively, Fred Warner leads San Fran with 50 total tackles including 33 solo tackles while Kerry Hyder Jr. has 3.5 sacks for the 49ers.

The New England Patriots will look to bounce back from their 2-3 start after an 18-12 loss to Denver in their last game. Cam Newton has thrown for 871 yards, 2 touchdowns and 4 interceptions on 68.1% passing while also leading New England in rushing with 225 rushing yards and 5 scores. Sony Michel, Rex Burkhead and Damien Harris all have 100+ rushing yards for the Patriots as well this season. Julian Edelman leads New England in receiving with 302 yards on 20 catches while Damiere Byrd has 217 receiving yards. N’Keal Harry, James White and the aforementioned Burkhead all have 100+ receiving yards this year. Defensively, Adrian Phillips has a team-high 36 total tackles with 22 solo tackles while Chase Winovich has a team-high 2.5 sacks for the Patriots this season.

Betting against New England is always a tricky proposition, but I’m not sure why New England’s favored here, even at home. Sure, the Pats get Newton back at 100% and San Fran’s lost Raheem Mostert for the time being with an ankle injury, but the 49ers are starting to get healthy at other skill positions and you’d have to think that Jimmy Garoppolo would want to stick it to his former team. As a Patriots fan this hurts to say, but I don’t even think you need the points as San Francisco wins this game but I’ll take the points with the Niners just to be safe. 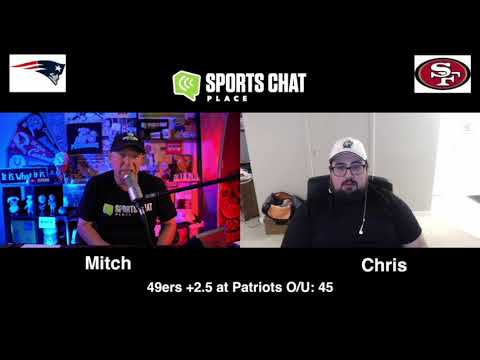