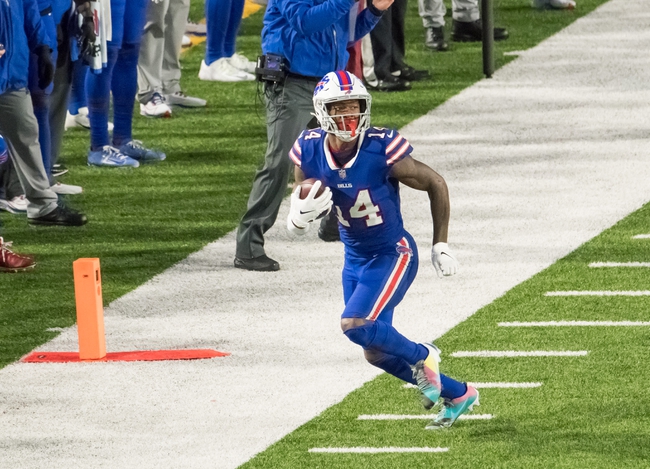 The Buffalo Bills and the New York Jets meet in a week 7 AFC East division matchup in NFL action from MetLife Stadium on Sunday afternoon.

The Buffalo Bills will try to rebound from back-to-back losses after a 26-17 loss to the Kansas City Chiefs on Monday night football. In the loss to Kansas City, Josh Allen threw for 122 yards, 2 touchdowns and an interception on 14 of 27 passing, by far his least productive passing game of the year as it was Allen’s first game without at least 24 pass completions. Allen also led the Bills with 42 rushing yards while Devin Singletary and Zack Moss combined for 42 rushing yards as well. Stefon Diggs led Buffalo’s receiving group with 6 grabs for 46 yards and a touchdown while Cole Beasley had 4 receptions for 45 yards and a score. On defense, Tremaine Edmunds led the Bills with 12 total tackles while Jordan Poyer had 10 total tackles with a team-high 9 solo tackles.

The New York Jets will look to pick up their first win of the season after falling to the Miami Dolphins by a final score of 24-0 last time out, stepping back to 0-6. Sam Darnold has thrown for 792 yards, 3 touchdowns and 4 interceptions but is currently dealing with an injury, leaving Joe Flacco to throw for 397 yards, a touchdown and a pick on 51.9% passing. Frank Gore leads the Jets in rushing with 250 rushing yards while Jamison Crowder has a team-high 29 grabs on 48 targets for 383 yards and a pair of TDs. Braxton Berrios has 141 receiving yards with a. pair of TDs as well and Chris Hogan and Jeff Smith each have 100+ receiving yards for the Jets this season. Defensively, Neville Hewitt leads New York with 46 total tackles including 26 solo tackles while Avery Williamson has 27 solo tackles. Marcus Maye and Quinnen Williams each have a pair of sacks while Pierre Desir has 26 solo tackles with a team-high 3 interceptions and Brian Poole has a team-high 28 solo tackles with a pair of picks.

I get that the Bills are playing on a short week, but the New York Jets have been an absolute joke of a football team so far this season. I mean the majority of their losses have come by double-digits and the Jets aren’t just 0-6 SU, they’re 0-6 against the number as well this year. I just think things will get worse for the Jets before they get better, so I’ll lay the points with Buffalo on the road here by default. 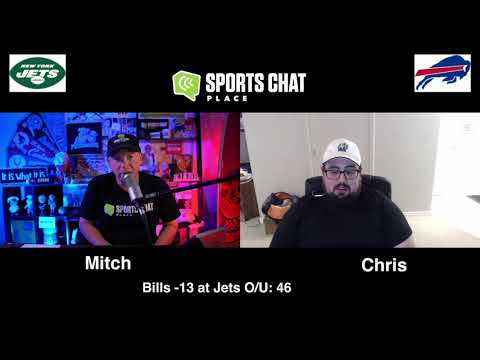