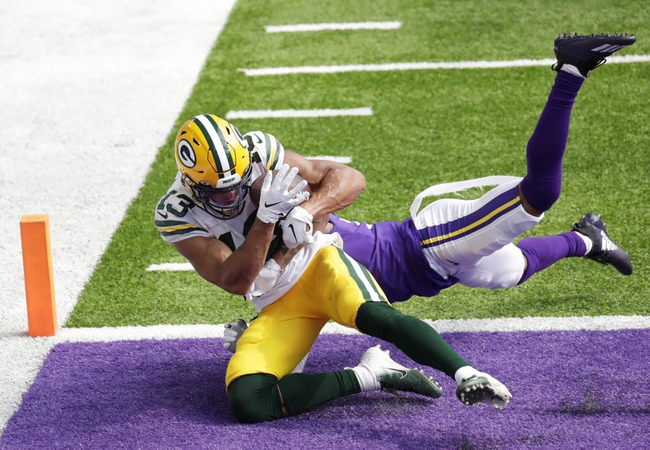 The Minnesota Vikings and the Green Bay Packers meet in a NFC North rivalry game on Sunday in Week 8 NFL action from Lambeau Field.

Minnesota enters this one at 1-5 so far. The Vikings’ lone win came October 4 over the Texans, and since then Minnesota has fallen to the Seahawks and Falcons. As for the Packers, they’re sitting at 5-1 this year. Green Bay suffered a 38-10 loss to the Buccaneers on October 18 but bounced back last weekend with a win over the Texans 34-10. Check back all season long for free NFL picks at Sports Chat Place.

In the Vikings 40-23 loss to the Falcons a couple weeks back, quarterback Kirk Cousins threw for 343 yards with three touchdowns and three interceptions. Alexander Mattison led the rush with just 26 yards on 10 carries, and Justin Jefferson managed 166 yards and two scores from nine catches.

Over on the Green Bay side, it’s been a pretty productive season so far. The Packers have scored at least 30 points in five of six games this year; the one “off” game was a 38-10 blowout by the Buccaneers. Green Bay bounced back after that with a 35-20 win over the Texans last weekend, though.

In the win over Houston, Green Bay quarterback Aaron Rodgers put up 283 yards and four touchdowns, while Jamaal Williams collected 77 yards and a score off 19 carries. Davante Adams was the top receiver there for the Packers with 13 catches for 196 yards and two touchdowns.

PICK: I’m still leaning Packers here, but I’m not overly crazy about it. These teams met back in Week 1, and it ended up being a pretty good game in a 43-34 Packers victory. Minnesota should score pretty well again here, and as the better team Green Bay should still win. If the line creeps much higher into two-score territory I might look at this one again but for now the Packers look like the safer play. 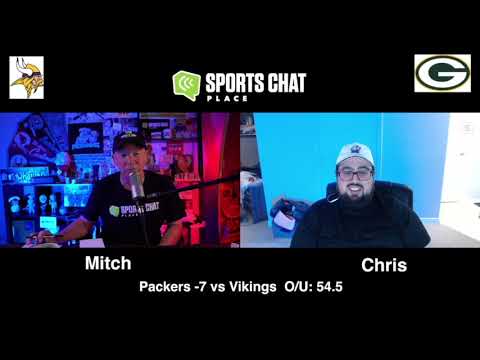