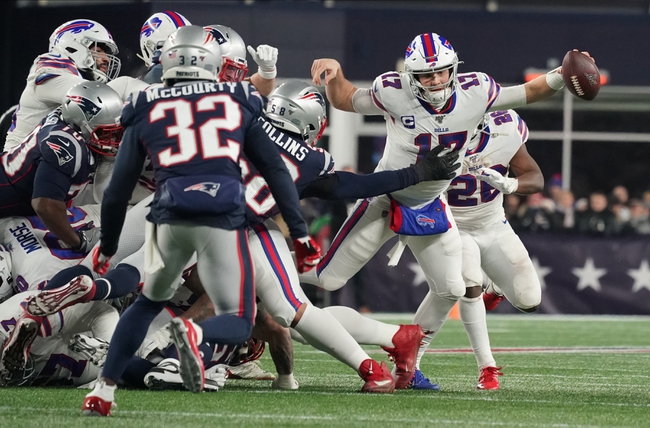 The Patriots are sitting at 2-4 overall this season. New England is currently riding a three-game losing streak, falling to the Chiefs, Broncos and 49ers during that time. As for the Bills, they’re currently 5-2 on the year. Buffalo lost in consecutive games to the Titans and Chiefs but managed a win last weekend over the Jets. Check back all season long for free NFL picks at Sports Chat Place.

New England hasn’t been quite as effective as usual this season, and it’s really showing in the record column. Over this three-game losing streak the Patriots have scored a max of just 12 points, and they’ve given up a combined 77 points across that trio. The latest defeat came in an ugly 33-6 affair versus San Francisco last weekend.

In the loss to the 49ers, Patriots quarterback Cam Newton put up just 98 yards and three interceptions on 9-of-15 passing. Damien Harris led the New England rushers on 58 yards from 10 carries, and Jakobi Myers added four catches for 60 yards to lead the receivers.

Over on the Bills side, they’ve fared better this season. Buffalo opened up with four straight wins over the Jets, Dolphins, Rams and Raiders but then dropped a couple of tough matchups versus the Titans 42-16 and the Chiefs 26-17. The Bills got back on track in Week 7 with an 18-10 win over the lowly Jets, though.

in the victory over New York, Bills quarterback Josh Allen had 307 yards on 30-of-43 passing while also leading the rush with 61 yards from 11 carries. Cole Beasley was the leading Buffalo receiver in that one with 112 yards from 11 catches.

PICK: I’m going to stick with New England in this one. It’s a strange line to see, as Buffalo hasn’t been favored versus the Patriots for the last five years. That said, the Bills haven’t been scoring well over their last three games, with a max of 18 points in that span. New England isn’t a pushover like the Jets, so conceivably Buffalo could have some trouble putting the Pats away. 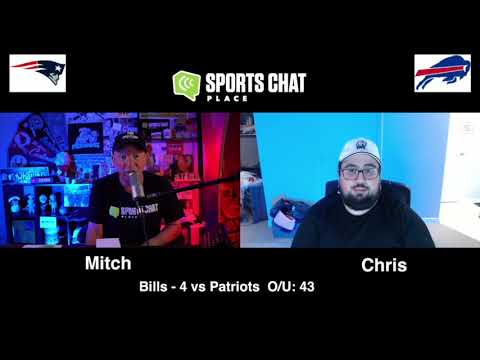