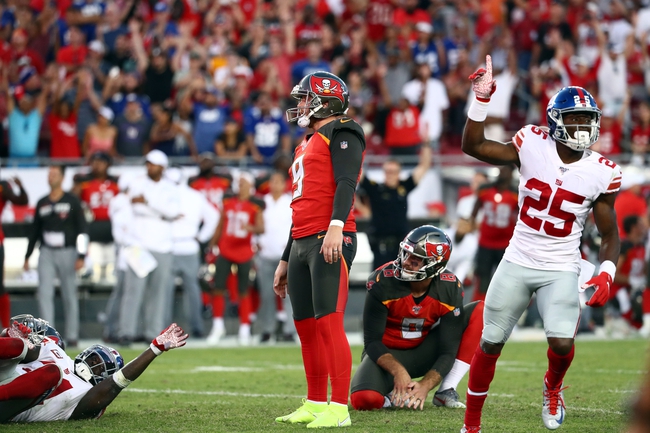 The Tampa Bay Buccaneers and the New York Giants meet On Monday Night Football as the close out Week 8 NFL action from MetLife Stadium.

Tampa Bay is doing well so far this season at 5-2 overall. The Buccaneers have won both their last two games, 38-10 over the Packers and 45-20 over the Raiders. As for the Giants, they’re just 1-6 on the year. New York got a win over Washington a couple weeks back but lost their last game 22-21 to the Eagles. Check back all season long for free NFL picks at Sports Chat Place.

The Buccaneers have been a trendy NFC pick this year, and it’s easy to see why. Tampa Bay has scored 23 or more points in six of seven games this year, and they’ve got a combined 83 points across their last two games. The Bucs’ latest win came in blowout fashion last weekend 45-20 versus Las Vegas.

In the win over the Raiders, Tampa Bay quarterback Tom Brady put up 369 yards with four touchdowns, and Leonard Fournette led the rush with 50 yards on 11 carries. Tops in receiving was Scott Miller with six catches for 109 yards and a score.

Over on the Giants’ side, things couldn’t get a whole lot worse this year. New York opened up with five straight losses but were competitive most of the time, with three of those losses coming by one score or less. The Giants eked out a 20-19 win over Washington but couldn’t make it past the Eagles last Thursday.

In the crushing 22-21 loss to Philly, Giants quarterback Daniel Jones managed 187 yards, two touchdowns and an interception while also leading the rush on 92 yards from four carries. Sterling Shepard was the top receiver for New York in that one with 59 yards and a TD from six grabs.

PICK: I’m going to stick with Tampa Bay. The line on this game quickly started inflating after it was released, and it’ll probably tick up some more this week. The Bucs are heavy favorites and rightfully so, but the Giants still have enough talent on the team to keep the deficit reasonable here. If the line gets much thicker in this matchup I’ll probably take a second look at this one but for now I like the Buccaneers at anything under two touchdowns or so. 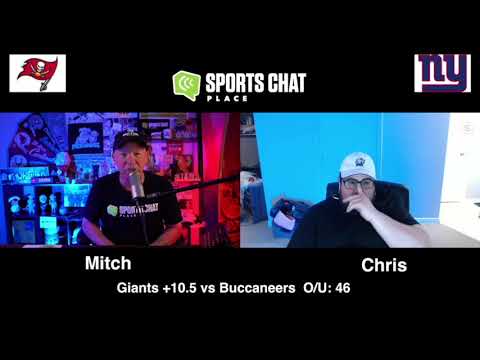