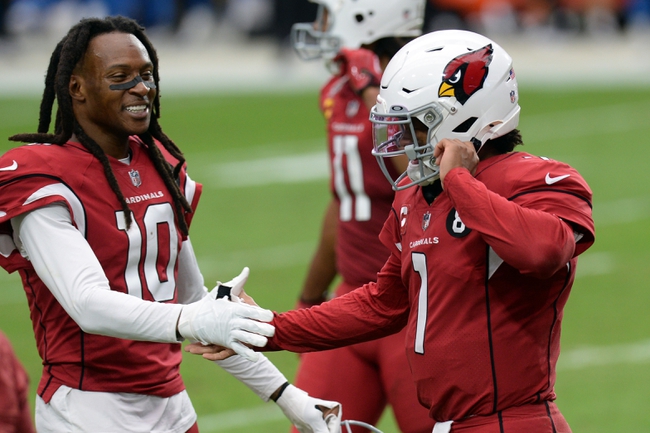 The Miami Dolphins and Arizona Cardinals meet Sunday in week 9 NFL matchup of up and coming young QB's at State Farm Stadium in Phoenix.

The Miami Dolphins look for a fourth straight victory to keep pace in the playoff and AFC East race. The Miami Dolphins have won three of their last four road games. Tua Tagovailoa is completing 58.3 percent of his passes for 102 yards, one touchdown and zero interceptions. Tagovailoa enters this game with 24 career pass attempts under his belt. DeVante Parker and Mike Gesicki have combined for 656 receiving yards and five touchdowns while Preston Williams has 14 receptions. The Miami Dolphins ground game is averaging 98 yards per contest, and Myles Gaskin leads the way with 387 yards and two touchdowns. Defensively, Miami is allowing 18.6 points and 376 yards per game. Jerome Baker leads the Miami Dolphins with 59 tackles, Emmanuel Ogbah has six sacks and Xavien Howard has four interceptions.

The Arizona Cardinals are coming off a bye week and have a chance to win their fourth straight game to keep pace in the NFC West race. The Arizona Cardinals have won three of their last four home games. Kyler Murray is completing 66.8 percent of his passes for 1,847 yards, 13 touchdowns and seven interceptions. Murray has two or more touchdown passes in four of his last five games. DeAndre Hopkins and Christian Kirk have combined for 981 receiving yards and eight touchdowns while Chase Edmonds has 26 receptions. The Arizona Cardinals ground game is averaging 160.7 yards per contest, and Kenyan Drake leads the way with 512 yards and four touchdowns. Defensively, Arizona is allowing 20.9 points and 378.4 yards per game. Jordan Hicks leads the Arizona Cardinals with 59 tackles, Haason Reddick has five sacks and Patrick Peterson has two interceptions.

The Miami Dolphins are flexing their muscle defensively during this winning streak, as they've been one of the better defensive teams in the league over the last month and are fresh off a game against the Rams where they forced four turnovers and scored once. The Arizona Cardinals have had an extra week to prepare for this game and are highly explosive offensively, as they're currently first in total yards gained and second in rushing yards. However, only one of the Cardinals five wins this season have come against a winning team and Drake should be out due to injury. I also expect the Dolphins to open up the playbook a bit more for Tagovailoa after such a vanilla game plan in his first start. This should be a fun game between two up and coming teams and two presuming, young quarterbacks. The Dolphins just look like they have more balance to their attack right now.

Give me the Dolphins and the points. 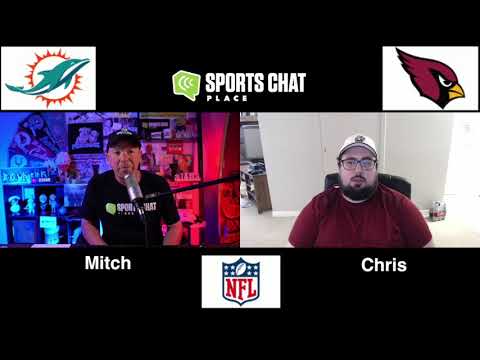