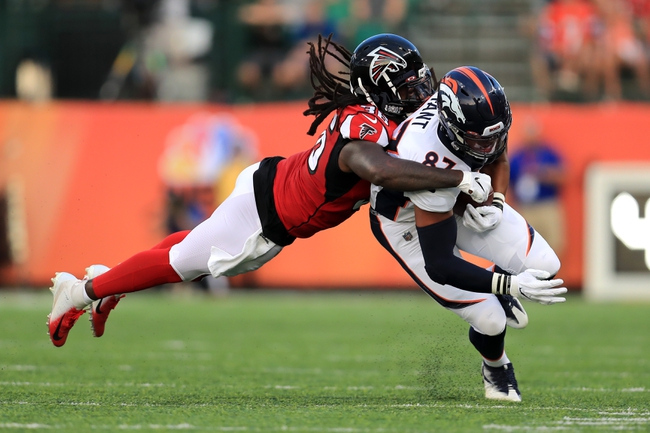 The Denver Broncos and the Atlanta Falcons meet in week 9 NFL action from Mercedes-Benz Stadium on Sunday afternoon in a battle of the NFC vs. the AFC..

The Denver Broncos will try to get back to .500 after picking up a 31-30 win over the Los Angeles Chargers in their last game. Drew Lock has thrown for 927 yards, 4 touchdowns and 5 interceptions on 58% passing while Melvin Gordon III leads Denver in rushing with 375 rushing yards and 4 TDs. Phillip Lindsay has 287 rushing yards while Jerry Jeudy leads the Broncos’ receiving group with 359 receiving yards. Tim Patrick isn’t far behind with 354 receiving yards while Noah Fant has a team-high 29 catches for 304 yards and a pair of touchdowns. DaeSean Hamilton, KJ Hamler and Albert Okwuegbunam each have 100+ receiving yards for the Broncos this season. On defense, Alexander Johnson leads the Broncos with 56 total tackles including 33 solo tackles while Josey Jewell has 48 total tackles and Justin Simmons has 44 total tackles with a team-high 38 solo tackles and a pair of interceptions. Bryce Callahan has a pair of INTs as well while Bradley Chubb has a team-high 5.5 sacks and Malik Reed is right behind with 5 sacks this season.

The Atlanta Falcons will look to build off of their 25-17 win over the Carolina Panthers in their last game to improve to 2-6 on the year. Matt Ryan has thrown for 2,462 yards, 12 touchdowns and 4 interceptions on 66.8% passing while Todd Gurley II leads Atlanta in rushing with 531 rushing yards and 8 TDs and Brian Hill has 219 rushing yards as well this season. Calvin Ridley leads Atlanta in receiving with 43 grabs for 657 yards and 6 touchdowns while Julio Jones has 38 grabs for 584 yards. Russell Gage and Hayden Hurst each have 300+ receiving yards and Olamide Zaccheaus and the aforementioned Hill each have 100+ receiving yards for Atlanta this season. On defense, Foyesade Oluokun has a team-high 54 total tackles while Keanu Neal is right behind with 53 total tackles including a team-high 39 solo tackles. Deion Jones and Grady Jarrett each have 2.5 sacks and 7.5 tackles for a loss this season.

I get the Falcons being favored at home in most scenarios with a full stadium, but the Falcons haven’t been very good this year and while they’re coming off of a win, they’re still 0-4 both SU and ATS at home this season. Denver’s full of confidence after rallying to beat the Chargers and they’ve also been money ATS on the road this season, going 3-0 in that regard. Atlanta’s the more name recognizable team, especially on offense, but there’s value with Denver and the points here. I’ll take the Broncos and the points in this one. 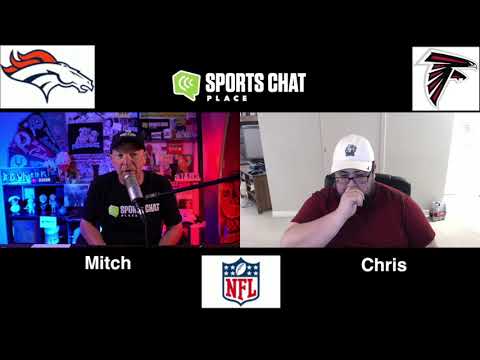