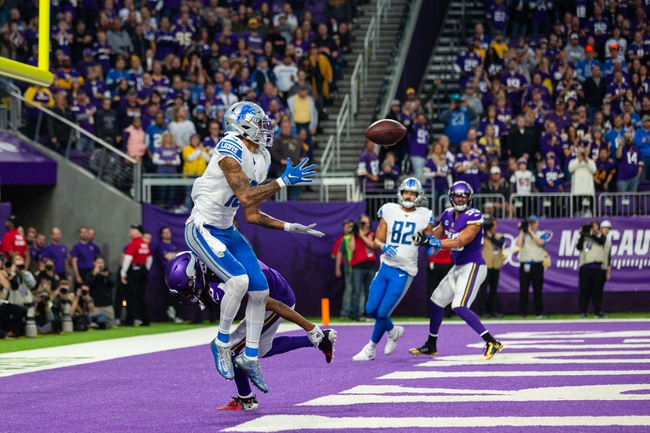 The Detroit Lions and Minnesota Vikings meet Sunday in a week 9 battle of NFC North teams in NFL action at U.S. Bank Stadium.

The Detroit Lions look for a spark of consistency after splitting their last six games. The Detroit Lions have won their last three road games. Matthew Stafford is completing 61.4 percent of his passes for 1,916 yards, 13 touchdowns and five interceptions. Stafford has two or more touchdown passes in four of his last six games. Kenny Golladay and Danny Amendola have combined for 662 receiving yards and two touchdowns while TJ Hockenson has 29 receptions. The Detroit Lions ground game is averaging 97.1 yards per contest, and Adrian Peterson leads the way with 321 yards and two touchdowns. Defensively, Detroit is allowing 29.4 points and 378.4 yards per game. Tracy Walker leads the Detroit Lions with 51 tackles, Romeo Okwara has five sacks and Duron Harmon has two interceptions.

Right when you're ready to buy into the Detroit Lions, they lay an egg, and it doesn't help that their last two wins have come against teams with a combined 3-12 record. The Minnesota Vikings are coming off their best win of the season with a road win over the Packers, a game where Cook cooked and the Vikings for the first time this season looked like the NFC North contender many thought they'd be before the season started. Maybe that win is the start of the Vikings turning things around, and it's only a matter of time before they figure out how to win at home. I'm not there with the Lions to back on the road, even if they're getting points.

Give me the Vikings and the reasonable chalk at home. 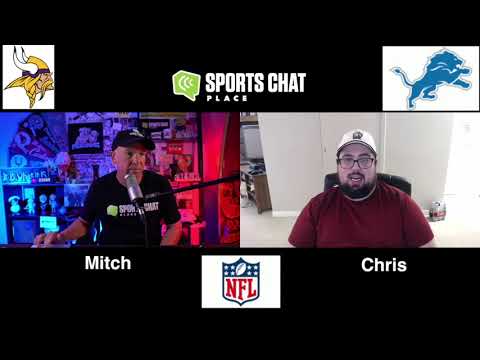