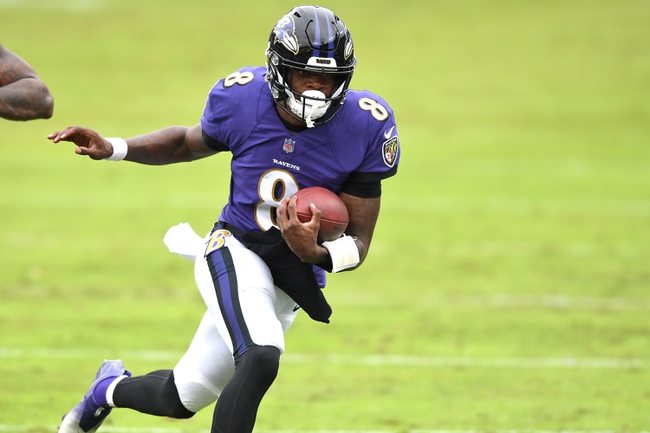 The Baltimore Ravens and the Indianapolis Colts meet in a week 9 NFL battle of 5-2 teams from Lucas Oil Stadium on Sunday afternoon .

The Baltimore Ravens will look to rebound after a 28-24 loss to the Pittsburgh Steelers in their last game. Lamar Jackson has thrown for 1,343 yards, 12 touchdowns and 4 interceptions on 60.5% passing while also leading Baltimore in rushing with 411 rushing yards and 2 touchdowns. Gus Edwards has 305 rushing yards while J.K. Dobbins and Mark Ingram II each have 200+ rushing yards while all three backs have a pair of rushing TDs this season. Marquise Brown leads the Ravens in receiving with 27 catches on 44 targets for 379 yards while Mark Andrews has 23 grabs for 275 yards and a team-high 5 touchdowns. Willie Snead IV also has 255 receiving yards while Miles Boykin and Devin Duvernay each have 100+ receiving yards this season. Defensively, Patrick Queen leads the Ravens with 48 total tackles including 35 solo tackles while Calais Campbell has a team-high 4 sacks and Marcus Peters has a pair of interceptions for Baltimore this season.

The Indianapolis Colts will look to build off of a 41-21 win over the Detroit Lions in their last game. Philip Rivers has thrown for 1,860 yards, 10 touchdowns and 6 interceptions on 69.7% passing while Jonathan Taylor leads the Colts with 389 rushing yards and 3 touchdowns. Jordan Wilkins also has 183 rushing yards for the Colts while 5 different receivers for Indianapolis each have 200+ receiving yards, led by T.Y Hilton who has 251 receiving yards. Zach Pascal and Mo Alie-Cox each have two receiving TDs and Nyheim Hines has 3 TD grabs out of the backfield for Indianapolis this season. Anthony Walker and Bobby Okereke each have a team-high 40 total tackles, with Walker posting a team-high 33 solo tackles to Okereke’s 31. Denico Autry has a team-high 4 sacks and Justin Houston has 3.5 sacks while Kenny Moore II, Xavier Rhodes and Julian Blackmon have a pair of interceptions each.

This is a hard game to call as you have a Baltimore team that’s probably the better team side-by-side going up against an Indianapolis team that’s had Baltimore’s number historically, covering in 10 of the last 11 meetings, but none of those games had Lamar Jackson under center for the Ravens. It’s also a team that’s 3-0 SU on the road against a team that’s 3-0 SU at home this season. With all of that said, this is still a low total for two teams that have a lot of talent offensively and I could easily see both teams getting well into the 20s here, and even a 27-20 type of game pushes us over the number, so I’ll back the over in this game. 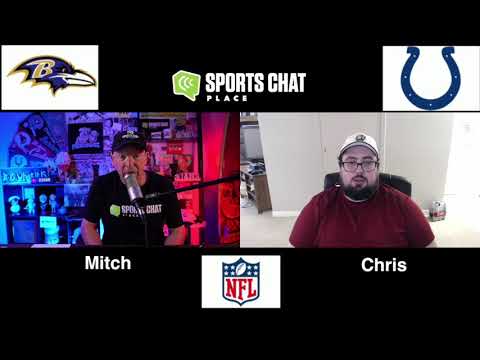