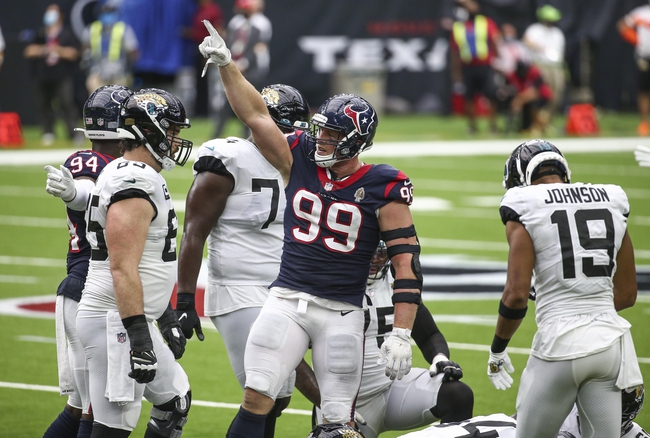 The Houston Texans are coming off a bye week and need a win here to rebound from a brutal 1-6 record. The Houston Texans have lost five of their last seven road games. Deshaun Watson is completing 69.5 percent of his passes for 2,095 yards, 15 touchdowns and five interceptions. Watson has two or more touchdown passes in five straight games. Will Fuller V and Brandin Cooks have combined for 917 receiving yards and seven touchdowns while Randall Cobb has 30 receptions. The Houston Texans ground game is averaging 84.9 yards per contest, and David Johnson leads the way with 392 yards and three touchdowns. Defensively, Houston is allowing 31 points and 417.6 yards per game. Zach Cunningham leads the Houston Texans with 71 tackles, Whitney Mercilus has three sacks and Bradley Roby has one interception.

The Houston Texans are the better team on paper, but it's hard to lay chalk with them, especially on the road, as they have the worst rushing attack in the league and their defense gets gashed weekly. Only the Jaguars and Seahawks allow more yards per game than the Texans, and Houston is 1-6 against the spread on the season. The Jacksonville Jaguars obviously aren't any better, as they've lost sixth straight, and their defense is 31st in total yards, 28th in passing yards, 28th in rushing yards and 31st in points allowed. I'm not backing the Jaguars, but I'm also not laying a touchdown with the Texans on the road. With this being two of the worst defensive teams in the league, I'm forced to lean toward the under.

Expect some fireworks in this contest.