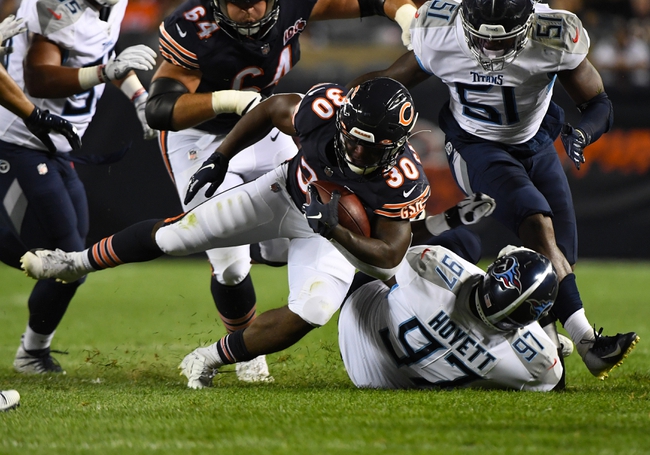 The Chicago Bears and the Tennessee Titans meet in a cross conference battle of playoff hopefuls Sunday in Week 9 NFL action from LP Field in Nashville.

The Bears enter this matchup at 5-3 overall. Chicago had a nice 5-1 record to open the season, but have fallen in their last two outings to the Rams and the Saints. As for the Titans, they’re 5-2 this year after opening the season with five straight wins. Tennessee has lost their last two games versus the Steelers and the Bengals. Check back all season long for free NFL picks at Sports Chat Place.

In the tough loss to the Saints, Chicago stormed back from a fourth-quarter deficit to force overtime but couldn’t finish the job. Bears quarterback Nick Foles posted 272 yards with two touchdowns and one interception, while David Montgomery led the rush on 89 yards from 21 carries. Allen Robinson was the top Chicago receiver on 87 yards and a TD off six grabs.

In the loss to Cincinnati, Titans quarterback Ryan Tannehill posted 233 yards with two touchdowns and an interception. Derrick Henry led the rush as usual with 112 yards and a score off 18 carries, and Corey Davis had eight catches for 128 yards and a TD.

PICK: I’m going with the Bears to cover. I don’t necessarily think Chicago will win outright, but I do think this game will be fairly close. The Bears have relied on defense and a “just enough” philosophy on offense to get their wins, and haven’t put up more than 30 points in any game this year. Conversely, the Titans have hit 42 points twice so far and 31 or more four times. The Bears defense should be able to keep things manageable here, and I like it to be a tight and relatively lower-scoring game. 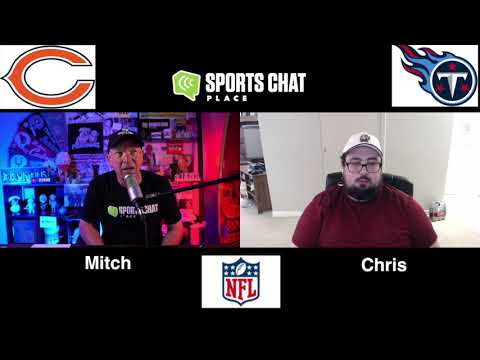