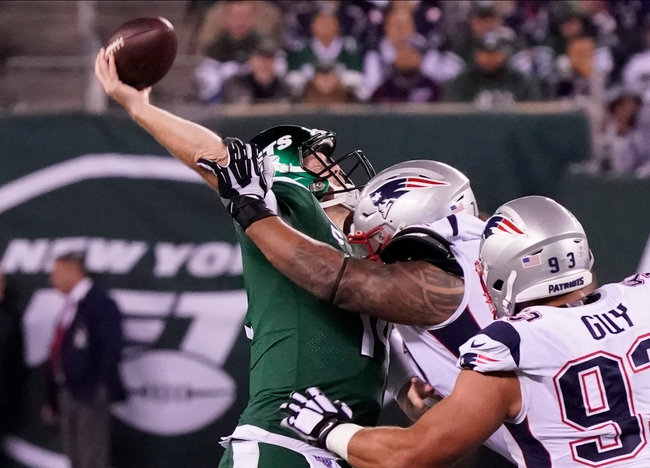 The New England Patriots and the New York Jets meet on Monday Night Football to close out Week 9 NFL action from MetLife Stadium in a battle of the bottom teams in the AFC East.

The Patriots enter this one at a surprising 2-5 on the year. New England is on a four-game losing streak, falling to the Chiefs, Broncos, 49ers and Bills during that time. As for the Jets, they’ve skidded to an ugly 0-8 start. New York has lost to the Cardinals, Dolphins, Bills and Chiefs in their last four games. Check back all season long for free NFL picks at Sports Chat Place.

New England has a couple of pretty good wins over the Dolphins and Raiders this year, but outside of that it’s been complete futility for the defending AFC East champs. The Patriots have a couple of relative blowout losses to the Chiefs 26-10 and the 49ers 33-6, but otherwise they’ve been playing it pretty competitively. New England’s latest defeat came last weekend 24-21 to the rival Bills.

In the loss to Buffalo, New England quarterback Cam Newton threw for 174 yards and ran for 54 yards and a TD. Damien Harris carried 16 times for 102 yards and a touchdown, while Jakobi Meyers had 58 yards on six receptions.

Over on the Jets’ side, they’re basically out of playoff contention just eight weeks into the season. New York’s losses generally haven’t even been close either; they’ve fallen by one score just once in eight games (18-10 versus the Bills). Otherwise it’s been a series of ugly results, including a 35-9 beatdown at the hands of Kansas City last weekend.

In the loss to the Chiefs, Jets quarterback Sam Darnold went 18-for-30 with 133 yards, no TDs and no INTs. Denzel Mims caught two passes for 42 yards, and Frank Gore led the rush with 10 carries for 30 yards.

PICK: Going New England here. New York has shown almost no ability to get into the end zone, and they’ve scored a combined 19 points over their last three games. That equates to exactly one touchdown during that time, and is a pretty ugly measurement by any stretch. It’s not much better on the defensive side of the ball for the Jets, as they’ve given up 24 or more points in seven of eight games. This is a perfect opportunity for the Patriots to get back on track with a big win. Even if the line inflates this week (which it will), I'm still firmly on the Pats up to a two-score spread or so. 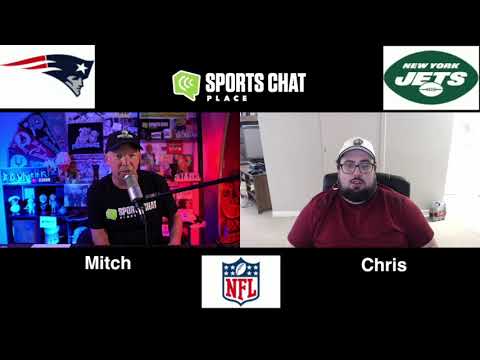