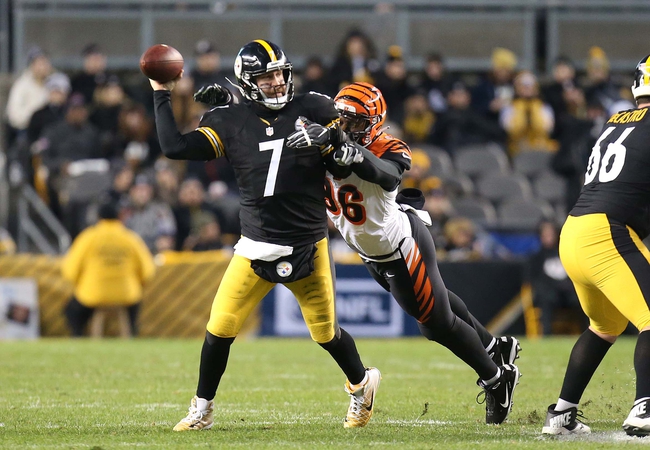 The Cincinnati Bengals and the Pittsburgh Steelers meet Sunday in an AFC North Week 10 NFL action from Heinz Field in Pittsburgh.

The Bengals enter this one at 2-5-1 on the season. Cincinnati had a three-game losing streak going before taking out the Titans last weekend. As for the Steelers, they’re sitting pretty at 8-0 so far. Pittsburgh’s last three wins have come by five points or fewer. Check back all season long for free NFL picks at Sports Chat Place.

The Bengals have had a pretty choppy season so far, and wins have been tough to come by. The good news is that the Cincinnati offense has been scoring pretty well over the last three games, with at least 27 points in each. Trouble is, the Bengals have also allowed a combined 88 points across those three games.

Cincinnati took out the Titans 31-20 last weekend. In that victory, Bengals quarterback Joe Burrow posted 249 yards with two touchdowns and Tee Higgins caught six balls for 78 yards. Tops in rushing for Cincinnati there was Giovani Bernard with 62 yards and a TD on 15 carries.

Over on the Pittsburgh side, the 8-0 record is the best in the NFL right now, but there have been several nail-biting moments this year. Five of the Steelers’ eight wins have come by a touchdown or less, and each of the last three wins has come down to the wire. Pittsburgh’s latest escape came 24-19 over the Cowboys last weekend.

In the win over Dallas, Pittsburgh quarterback Ben Roethlisberger posted 306 yards with three touchdowns. James Conner led a tepid rush on 22 yards from nine carries, and JuJu Smith-Schuster had 93 yards and a  score off six catches.

PICK: I’m going to take Cincinnati to get in there. I do think this will be a Steelers win, but the line is generous enough to accommodate the uncertainty of a divisional rival matchup like this. Cincinnati has the odd offensive dud here and there (like 27-3 versus the Ravens) but for the most part the Bengals can put up points. I think this game will be closer than some people think, so I like Cincinnati to eke into a cover as long as the line doesn’t shrink below a score or so.