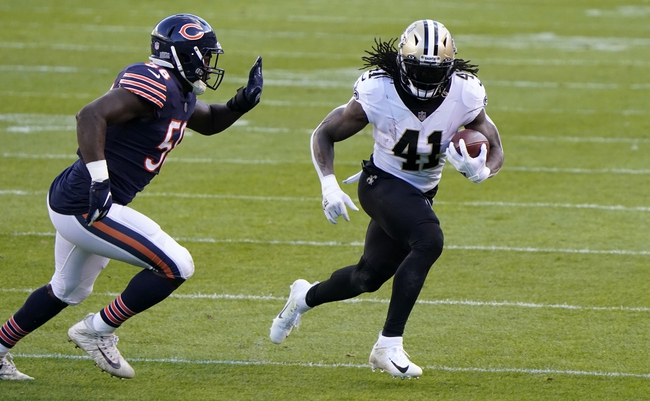 The San Francisco 49ers and the New Orleans Saints meet in New Orleans in week 10 NFL action from the Mercedes-Benz Superdome on Sunday afternoon in a battle of playoff teams from last season.

The San Francisco 49ers will look to rebound from back-to-back losses after a 34-17 loss to Green Bay last time out. Nick Mullens has thrown for 1,143 yards, 5 touchdowns and 4 interceptions on 68.4% passing while Raheem Mostert has a team-high 303 rushing yards and Jerick McKinnon has 261 rushing yards with 5 touchdowns. Jeff Wilson Jr. and JaMycal Hasty each have 100+ rushing yards with Wilson Jr. adding 4 TDs. George Kittle leads San Francisco with 474 receiving yards while Brandon Aiyuk and Kendrick Bourne each have 300+ receiving yards, making it the top three receivers, top running back and starting quarterback all out with injuries for San Francisco in this game. On defense, Fred Warner leads San Francisco with 74 total tackles including 48 solo tackles while Kerry Hyder Jr. has 4.5 sacks this season. Warner and Jamar Taylor each have a pair of INTs for the 49ers this season.

I wish I could make a case for the 49ers as this would be one heck of a game at full strength. The issue is that this is a bare bones team that San Fran is putting on the field with no Garoppolo, Mostert, Kittle and a bunch of receivers for the Niners. New Orleans is pretty much healthy coming into this one and looked dominant against Tampa Bay in their last game. I just think this is going to be yet another game with the injury bug leaves San Francisco overmatched here, so I’ll lay the points with New Orleans in this game.