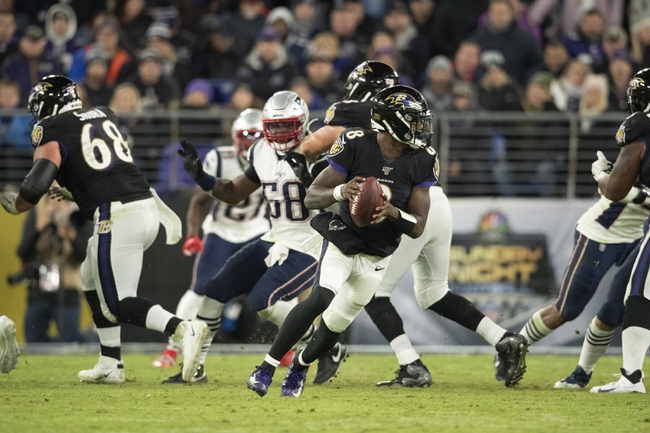 The Baltimore Ravens and New England Patriots meet in what seems to be an annual matchup in week 10 NFL Sunday Night Football action at Gillette Stadium in Foxboro.

The Baltimore Ravens are obviously clearly the better team here, and they've won 10 straight on the road dating back to last season. The New England Patriots aren't a good football team this season and would have lost to the Jets on Monday night if New York didn't completely throwaway the final five minutes and hand over the game to keep tanking alive. There's no logical reason to back the Patriots right now. With that said, I still have a hard time turning down the Pats and all of these points. This is just the third time in the last 10 years the Patriots have been underdogs by seven or more points. The Ravens are also playing back-to-back road games, which is never easy in this league regardless of opponent.

I may end up regretting this, but I still want to back the Patriots in the big underdog role.