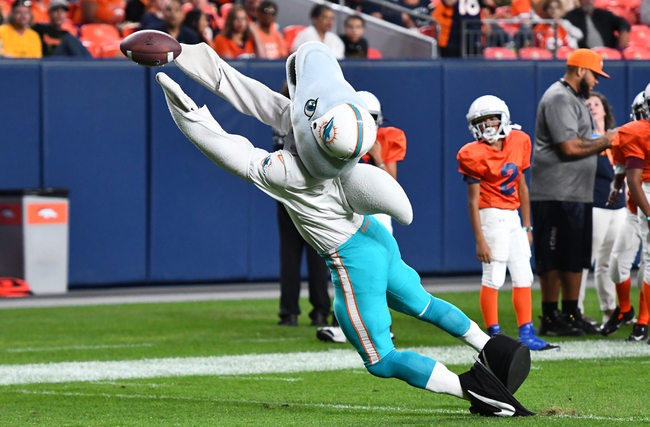 The Denver Broncos host the Miami Dolphins in a battle of up and coming QB's when they meet in week 11 NFL action from Empower Field at Mile High in Denver on Sunday afternoon.

The Miami Dolphins will try to build on their 5-game winning streak, sitting at 6-3 on the year after a 29-21 win over the Los Angeles Chargers last time out. Tua Tagovailoa has thrown for 519 yards and 5 touchdowns on 63.6% passing while Myles Gaskin leads the Dolphins’ ground attack with 387 yards and a pair of touchdowns this season. DeVante Parker leads Miami’s receiving group with 38 catches for 462 yards and 3 touchdowns while Mike Gesicki has 371 receiving yards. On defense, Jerome Baker leads Miami with 69 total tackles including a team-high 43 solo tackles while Emmanuel Ogbah has a team-high 8 sacks and Xavien Howard has a team-high 5 interceptions this season.

The once vaunted Denver Broncos defense is a shell of what once was, and it’s gotten progressively worse as the Broncos defense has allowed 30 or more points in four straight games and gave up 28 points to the Jets in their week 4 matchup. Miami is flat out rolling right now as putting Tua Tagovailoa in this lineup has really flipped the switch and I think we’re really starting to see the brilliance of Brian Flores at work as the head coach of this squad. Miami with a reasonable line against a struggling Denver team? Home or away, doesn’t matter I’m on the Dolphins here.