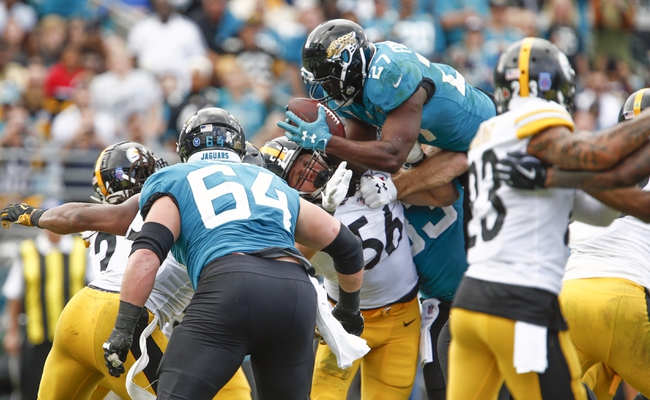 The Jacksonville Jaguars host the undefeated Pittsburgh Steelers when they meet on Sunday in Week 11 NFL action from EverBank Field in Jacksonville.

Pittsburgh rolls into this one at 9-0 on the 2020 NFL season. The Steelers have taken out the Ravens, Cowboys and Bengals in their last three games. As for Jacksonville, they’re sitting at 1-8 so far. The Jaguars are on an eight-game losing streak right now, most recently falling to the Packers last weekend. Check back all season long for free NFL picks at Sports Chat Place.

There’s not a whole lot to complain about when it comes to the Steelers this season; that undefeated record is pretty great. Pittsburgh has had a few close shaves however, beating the Titans 27-24, the Ravens 28-24 and the Cowboys 24-19 in the span of three games. That said, Pitt didn’t have that much trouble with the Bengals last weekend on a 36-10 win.

In the victory over Cincinnati, Pittsburgh quarterback Ben Roethlisberger posted 333 yards with four touchdowns, and James Connor led the rush with 36 yards on 13 carries. Diontae Johnson led the receivers in that one with six catches for 116 yards and a touchdown.

Over on the Jacksonville side, it’s been a lost season already but the team has still been putting up a fight. Sure, there have been some outright blowouts like 30-14 against Houston and 34-16 against the Lions, but the Jaguars have hung tough in their last two games against the Texans 27-25 and Packers 24-20.

In the loss to Green Bay, Jaguars quarterback Jake Lutton put up 169 yards, one TD and one INT, and DJ Clark led the receivers with 56 yards on four catches. James Robinson topped the rush with 109 yards on 23 carries in the losing effort.

PICK: I’m going to stick with the Steelers here, but probably staying away from this one in reality. Pittsburgh wins this season have been tough more often than not, but a 9-0 team coming off a 26-point win facing a 1-8 team looks pretty lopsided on paper. That said, this is a pretty thick line and the Steelers have been making some close escapes this season. I like Pitt right around the double-digit mark here, but if the line creeps too much higher I’ll probably reconsider.