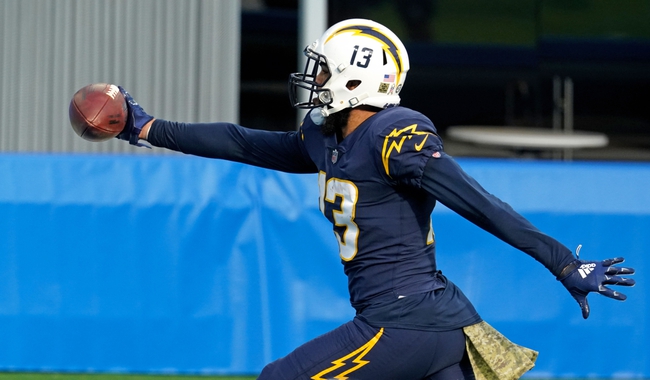 The Los Angeles Chargers host the New York Jets for their meeting on Sunday in week 11 NFL action at SoFi Stadium in Los Angeles.

The New York Jets are coming off a bye week and are still looking for their first win since December 29 of last year. The New York Jets have lost four straight road games. Sam Darnold is completing 58.6 percent of his passes for 1,045 yards, three touchdowns and six interceptions. Darnold and Joe Flacco have combined for seven touchdowns and eight interceptions. Jamison Crowder and Braxton Berrios have combined for 632 receiving yards and five touchdowns while Breshad Perriman has 16 receptions. The New York Jets ground game is averaging 98.9 yards per contest, and Frank Gore leads the way with 386 yards on 108 carries. Defensively, New York is allowing 29.8 points and 402.7 yards per game. Neville Hewitt leads the New York Jets with 74 tackles, Quinnen Williams has three sacks and Pierre Desir has three interceptions.

The New York Jets have had an extra week to prepare for this game, but I'm not sure it matters much. Adam Gase is the worst head coach in the history of the NFL and the Jets are in complete tank mode. We saw it against the Patriots in week 9 when the Jets did everything they could in the fourth quarter to lose a game they had complete control of. The Los Angeles Chargers can't play 60 minutes of football and find ways to collapse in the fourth quarter, but they're still one of the best offensive teams in the league and this feels like a game where they can get busy. I'm not backing the Jets until they fire Gase into the sun.

Give me the Chargers in a comfortable home victory.