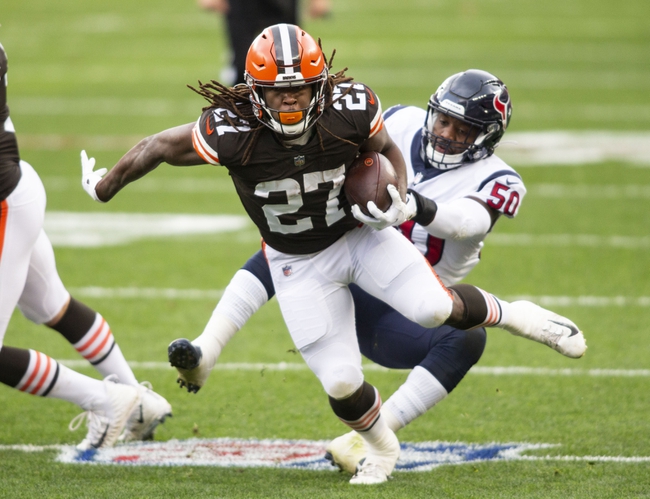 The Cleveland Browns host the Philadelphia Eagles when they meet in week 11 NFL action from FirstEnergy Stadium in Clevleand on Sunday afternoon.

The Cleveland Browns will look for another win to improve on their 6-3 mark this season after a 10-7 win over Houston last time out. Baker Mayfield has thrown for 1,646 yards, 15 touchdowns and 7 interceptions on 61.3% passing while Kareem Hunt leads the Browns in rushing with 633 yards and 3 touchdowns and Nick Chubb is back in the fold, sitting 2nd on the team in rushing with 461 yards and a team-high 5 touchdowns. Jarvis Landry leads the Cleveland receiving group with 36 catches for 448 yards while Rashard Higgins and Austin Hooper each have 200+ receiving yards and Harrison Bryant, Hunt and David Njoku all have 100+ receiving yards this season. On defense, B.J. Goodson leads the Browns with 65 total tackles including a team-high 42 solo tackles while Myles Garrett has an NFL-leading 9.5 sacks and Sheldon Richardson has added 3.5 sacks this season.

Both of these teams need a win in the worst way, as Philadelphia is in a dogfight for the division lead despite having just three wins up to this point, while Cleveland is in a battle for playoff positioning. With that said, I should be ticked off at Cleveland after Nick Chubb ran out of bounds at the one yard line late last week instead of scoring to get us the cover if you had the Browns, but the fact is that between Baker Mayfield and Carson Wentz, I trust Mayfield and his supporting cast more than I do Wentz with his as Wentz just can’t help but throw interception after interception this season. Cleveland’s finally starting to fulfill expectations and with Chubb back alongside Kareem Hunt in the Cleveland backfield, I think the Browns run all over the 26th-ranked rushing defense that the Eagles have. I’ll lay the points with Cleveland in a game the Browns win by at least a touchdown.