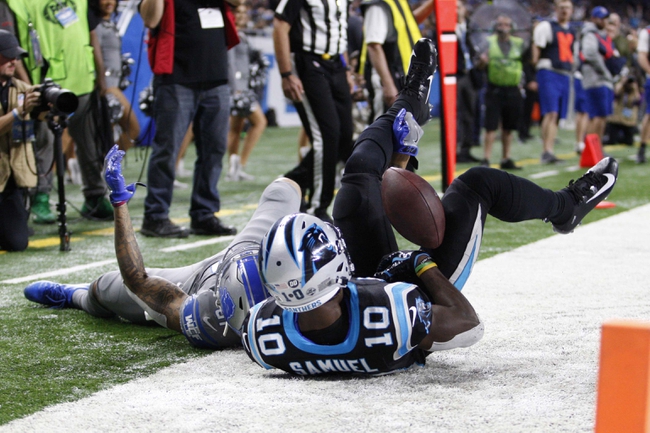 The Carolina Panthers host the Detroit Lions when they meet on Sunday in week 11 NFL action at Bank of America Stadium in Charlotte.

The Detroit Lions look for a big road victory after splitting their last eight games. The Detroit Lions have won three of their last four road games. Matthew Stafford is completing 63.7 percent of his passes for 2,403 yards, 17 touchdowns and seven interceptions. Stafford has seven touchdown passes in his last three games. Danny Amendola and Marvin Jones Jr. have combined for 815 receiving yards and five touchdowns while TJ Hockenson has 36 receptions. The Detroit Lions ground game is averaging 101.6 yards per contest, and Adrian Peterson leads the way with 371 yards and two touchdowns. Defensively, Detroit is allowing 29.7 points and 400 yards per game. Jamie Collins Sr. leads the Detroit Lions with 68 tackles, Romeo Okwara has six sacks and Duron Harmon has two interceptions.

The Detroit Lions continue to struggle defensively, but they continue to find ways to win games and they've done some of their best work on the road. The Carolina Panthers are riding a five-game losing streak and have allowed 25 or more points in each of their last four games. This is likely going to be a high scoring game with little defensive stops and a game that's decided in the fourth quarter. However, we're getting free points with the better team and laying chalk with a team that's lost five straight doesn't seem ideal.

Give me the Lions and the free field goal, a game they should win outright.