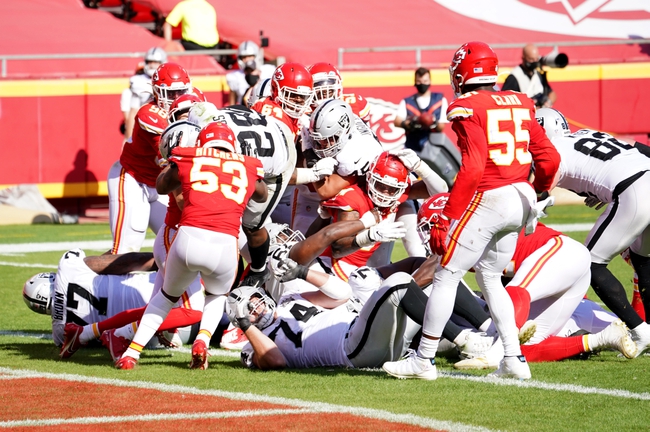 The Kansas City Chiefs have had an extra week to prepare for this game and that's scary given the success Andy Reid has had throughout his career after bye weeks. The Las Vegas Raiders have quietly won three games in a row, have shown progress defensively and already beat the Chiefs this season. The Chiefs should be favored here and it's scary to bet against Reid with extra time, but this is a big game to determine the AFC West and the Raiders have some physicality in the tenches that can give the Chiefs some issues. The Chiefs have had issues stopping the run all season long and that's one of the strengths of these Raiders. This feels like a game where Las Vegas can suck the life out of the game and make things interesting come the fourth quarter.

Give me the Raiders and the free touchdown.