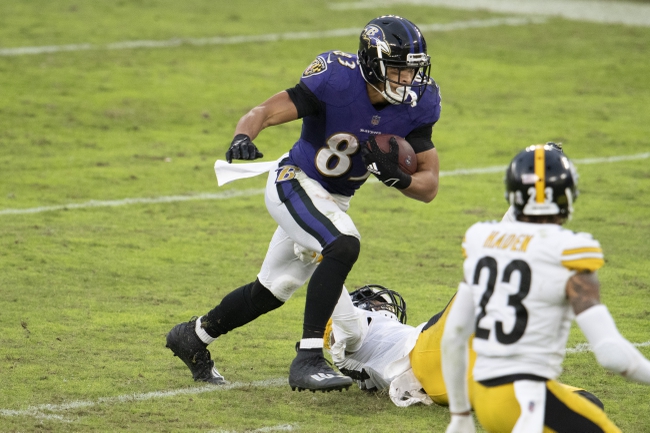 The Baltimore Ravens need a statement win after losing three of their last four games. The Baltimore Ravens have won four of their last five road games. Robert Griffin III will make his first start of the season, and he enters this game with just two pass attempts for nine yards and an interception. RG3 takes over for Lamar Jackson who tested positive for COVID-19, and he has just 46 pass attempts since the 2018 NFL season. Marquise Brown and Devin Duvernay have combined for 610 receiving yards and two touchdowns while Miles Boykin has 14 receptions. The Baltimore Ravens ground game is averaging 160.5 yards per contest, and a combination of Gus Edwards and Justice Hill will likely get the bulk of the carries with Jackson and Mark Ingram battling the virus. Defensively, Baltimore is allowing 19.5 points and 333 yards per game. Patrick Queen leads the Baltimore Ravens with 70 tackles, DeShon Elliott has 2.5 sacks and Marcus Peters has three interceptions.

The Baltimore Ravens are just 1-3 since their bye week and are coming off a heartbreaking overtime loss to the Tennessee Titans, which makes it tough to rebound from on a short week. The Pittsburgh Steelers are unbeaten on the season and have arguably the best defense in the league that's fifth in total yards allowed and first in points scored. The Steelers have earned the right to be favored here, however, the Ravens have won three of the last five meetings against Pittsburgh, and the road team has won four of the last six meetings in this heated rivalry. The Ravens have also been money on the road each of the last two seasons, and they've won outright seven of their last nine games as an underdog.

You don't see the Ravens as a double digit underdog often. Take advantage while you have the chance.

Update: While the Ravens have been destroyed by COVID-19 and won't have Lamar Jackson at quarterback, Robert Griffin III is still a veteran quarterback who is capable of being good in moments, and he still has a power running game he can lean on. I'm also not sold on the Steelers being as good as their record indicates, as they've played down to their competition a lot and could easily have a loss or two. It feels like everybody is going to be backing the Steelers here because of the noise surrounding the Ravens with the virus. I still want the points.