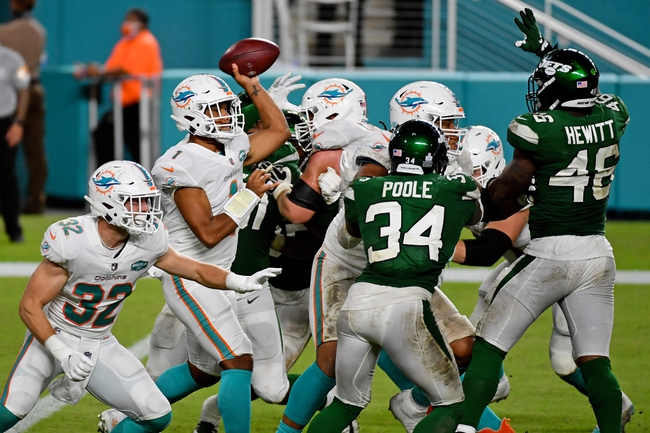 The New York Jets host the Miami Dolphins when they face off for their rematch Sunday in week 12 NFL action at MetLife Stadium in the Meadowlands.

The Miami Dolphins are coming off a disappointing effort in Denver, but they're still 6-4 on the season and have covered seven of their 10 games this season. The New York Jets are a joke and continue to be a joke, as they're 0-10 on the season and just 3-7 against the spread as well. The Jets have the worst head coach in NFL history and when a team can't win or cover games, it's best to just blindly fade until things turn around. The Jets aren't even trying to win at this point as they close on the No. 1 pick in the NFL draft, and they're simply the laughing stock of the league. I want no parts of the Jets.

I'll lay the touchdown with the Dolphins.