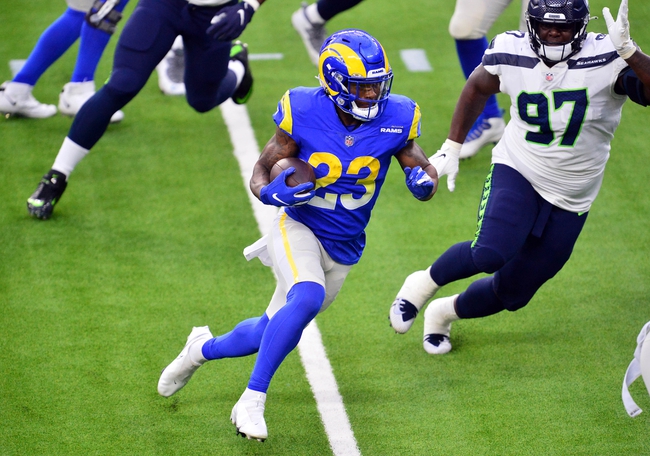 The Los Angeles Rams will look to build on a 7-3 record after picking up a 27-24 win over the Tampa Bay Buccaneers last time out. Jared Goff threw for 376 yards, 3 touchdowns and 2 interceptions on 39 of 51 passing while Malcolm Brown led L.A. with 20 rushing yards as the Rams had just 39 rushing yards on 20 carries, good for just 1.9 yards per carry in the win. Cooper Kupp has a team-high 145 receiving yards on 11 catches while Robert Woods had a team-high 12 grabs for 130 yards and a touchdown. Van Jefferson and Cam Akers each had their respective first career touchdowns as well in the winning effort. Five different Rams had 6 total tackles in the win, led by Troy Hill who had 5 solo tackles. Samson Ebukam had a sack and Jordan Fuller had a pair of INTs for the Rams in the winning effort.

The points with the Niners are tempting in a division game after yet another cross-country trip for the Rams and on a short week no less. However, the 49ers continue to provide little value with all of these injuries that they’re still dealing with, and the Rams have to be feeling pretty good about themselves after their hard-fought win on Monday night. It’s been hard for me to back San Fran when they’re healthy, but in this shape? It’s Los Angeles or pass for me here.