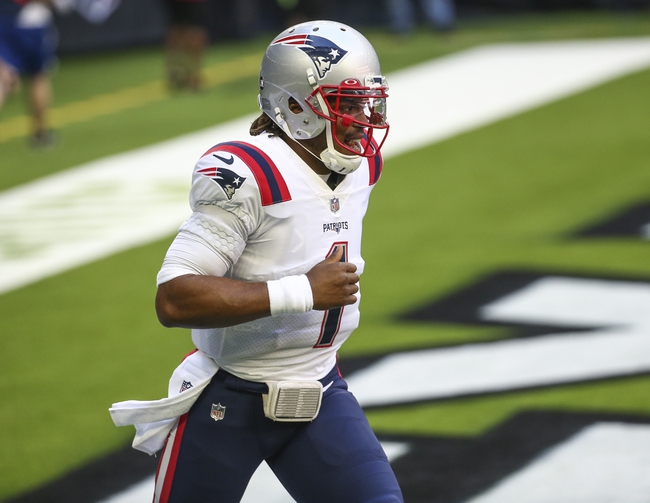 The New England Patriots host the Arizona Cardinals for their meeting on Sunday in Week 12 NFL action from Gillette Stadium in Foxboro.

Arizona enters this game at 6-4 so far. The Cardinals are 1-2 in the last three games, beating the Bills and falling to the Dolphins and Seahawks otherwise. As for New England, they’re 4-6 on the 2020 NFL season. The Patriots had consecutive wins going versus the Jets and Ravens, but fell in Week 11 to the Texans. Check back all season long for free NFL picks at Sports Chat Place.

The Cardinals have had some ups and downs in an interesting season so far. After starting out 2-2, Arizona went on a three-game win streak over the Jets, Cowboys and Seahawks. After that it was a close loss to Miami, a close win over the Bills, and a 28-21 loss to the Seahawks.

In the loss to Seattle, Arizona quarterback Kyler Murray managed 269 yards with two touchdowns, and Kenyan Drake led the rush on 29 yards and a score. Larry Fitzgerald was the top receiver there with eight catches for 62 yards.

Over on the Patriots’ side, they’re going to need some luck to recapture AFC East glory this season. New England started out 2-1, but then went on a four-game losing streak against the Chiefs, Broncos, 49ers and Bills. Wins over the Jets and Ravens were a good sign of momentum, but the Pats fell to the Texans 27-20 in their last outing.

In the loss to Houston, New England quarterback Cam Newton posted 365 yards and a touchdown on 26-of-40 passing, and Damien Harris had 43 yards and a score on 11 carries. Damiere Byrd led the receivers there with six catches for 132 yards and a TD.

PICK: I’m going to stick with the Cardinals here. Arizona has been pretty consistent when it comes to scoring this season. They’ve posted at least 21 points in every game so far, and 30 or more in five of their last six outings. The Patriots have been pretty inconsistent all season when it comes to the scoreboard, but the good news is they’ve hit 20 in each of their last four. This should be a pretty interesting matchup but I think the Cardinals offense can help outlast New England to post a cover.