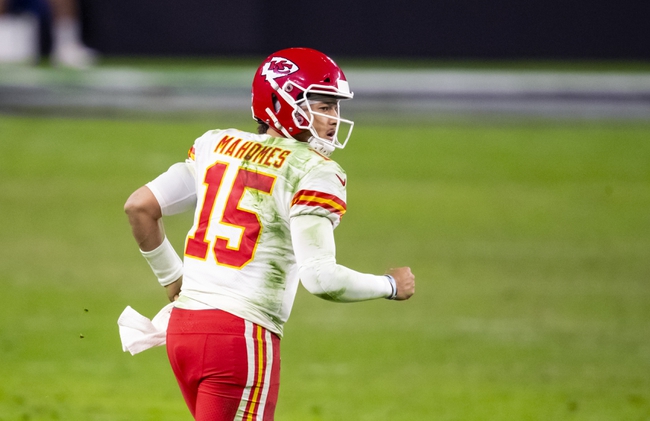 The Chiefs come into this one at 9-1 on the season. Kansas City is currently on a five-game win streak, taking out the Bills, Broncos, Jets, Panthers and Raiders in that time. As for Tampa Bay, they’re 7-4 this season. The Buccaneers are 1-2 in their last three with a win over the Panthers in between losses to the Saints and Rams. Check back all season long for free NFL picks at Sports Chat Place.

The Chiefs have looked pretty good all year, but they’ve had a few close escapes. Since their lone loss to the Raiders back on October 11, Kansas City went on to beat Buffalo 26-17, Denver 43-16, the Jets 35-9 and Carolina 33-31. The Chiefs bagged a revenge win in their last game, taking out the Raiders 35-31.

In the win over Las Vegas, Chiefs quarterback Patrick Mahomes posted 348 yards with two touchdowns and an interception. Travis Kelce and Tyleek Hill combined for 229 yards and two scores off 19 receptions, and Clyde Edwards-Helaire had 14 carries for 69 yards and two touchdowns.

Over on the Tampa Bay side, they’ve had some major ups and downs this season, but overall it’s been mostly encouraging. The Bucs started out with a solid 6-2 record and some nice offensive results. Over the last three it’s been a mixed bag however, with a 38-3 loss to the Saints, a 46-23 win over Carolina and a 27-24 loss to the Rams.

PICK: I’m going to go with Tampa Bay here, but this looks like a pretty great matchup and you could make a case either way. Kansas City has given up a few significant points totals this season, including 71 in two games combined against the Raiders and 31 in the win over the Panthers. Although there are exceptions, more often than not the Tampa Bay offense has hummed along pretty well this season, and I think the Bucs can stick with the pace here. Should be a really fun, high-scoring game to watch.