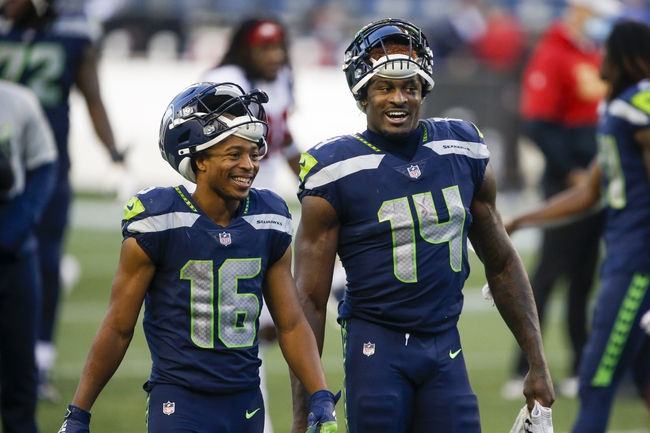 The Seattle Seahawks face off with the New York Giants Sunday in week 13 NFL action at Lumen Field in Seattle.

The New York Giants look for another victory to build on their three-game winning streak. The New York Giants have lost four of their last six road games. Daniel Jones is completing 63.2 percent of his passes for 2,335 yards, eight touchdowns and nine interceptions. Jones has one touchdown pass in his last three games. Darius Slayton and Evan Engram have combined for 1,060 receiving yards and four touchdowns while Sterling Shepard has 41 receptions. The New York Giants ground game is averaging 113.4 yards per contest, and Jones leads the way with 403 yards and one touchdown. Defensively, New York is allowing 23 points and 340.1 yards per game. Blake Martinez leads the New York Giants with 101 tackles, Leonard Williams has six sacks and James Bradberry has three interceptions.

The New York Giants have quietly won three straight games and while you can argue the lack of competition, six of their seven losses were decided by 10 or less points. The Seattle Seahawks have had a short week to prepare for this contest, and each of their last seven victories have been decided by 10 or less points. The Seahawks don't have the defense that allows them to blow teams out, and the Giants compete despite their losing efforts. With the hook on top of the free touchdown, I have to lean toward the Giants in this spot.