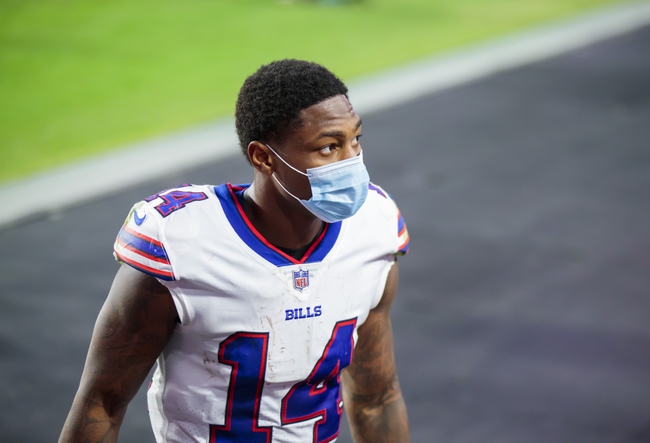 The San Francisco 49ers take on the Buffalo Bills and meet on Monday Night Football in week 13 NFL action at State Farm Stadium.

The Buffalo Bills look to stay hot after winning four of their last five games. The Buffalo Bills have won three of their last five road games. Josh Allen is completing 68.8 percent of his passes for 3,028 yards, 22 touchdowns and eight interceptions. Allen has two or more touchdown passes in eight of his last 11 games. Stefon Diggs and Cole Beasley have combined for 1,612 receiving yards and seven touchdowns while John Brown has 29 receptions. The Buffalo Bills ground game is averaging 104.4 yards per contest, and Devin Singletary leads the way with 483 yards and one touchdown. Defensively, Buffalo is allowing 25.6 points and 373.1 yards per game. Jordan Poyer leads the Buffalo Bills with 93 tackles, AJ Klein has five sacks and Tre'Davious White has two interceptions.

The Buffalo Bills continue to find themselves in close games and you're almost waiting for things to fall apart, but they continue to win and they're taking care of business in the games they're supposed to. The San Francisco 49ers had probably their best game yet last week in a road victory over the Rams, and the defense continues to show up, and it's only going to be more consistent with the return of Richard Sherman. With all that said, the Bills are almost being overlooked with this line, as they've been head and shoulders the better and more consistent team this season. I would need more points to even consider looking the 49ers way in this matchup. I'll gladly lay the small line with the Bills.