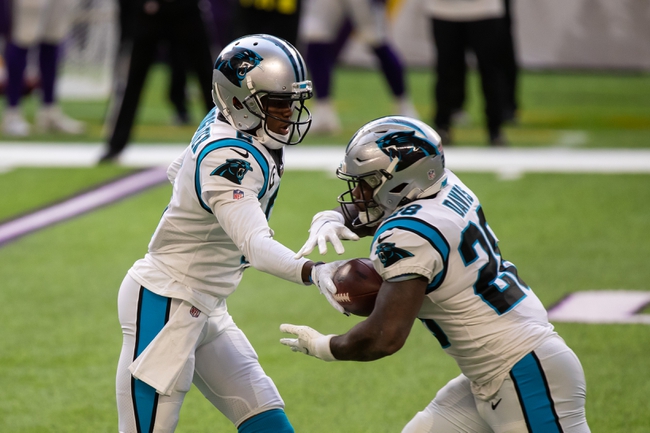 The Carolina Panthers battle the Denver Broncos Sunday in Week 14 NFL action from Bank of America Stadium in Charlotte.

Denver enters this one at 4-8 so far. The Broncos are just 1-4 in their last five games, with a win over the Dolphins alongside losses to the Falcons, Raiders, Saints and Chiefs. As for Carolina, they’re 4-8 as well. The Panthers are 1-3 over the last four games, beating the Lions while otherwise falling to the Chiefs, Buccaneers and Vikings. Check back all season long for free NFL picks at Sports Chat Place.

In the latest loss to Kansas City, Denver quarterback Drew Lock posted 151 yards with two touchdowns and two interceptions. Tim Patrick caught four balls for 44 yards and two scores, and Melvin Gordon had a solid day on the ground with 131 yards on 15 carries.

Over on the Carolina side, they’ve been wildly uneven and disappointing this season as well. Over their last seven games, the Panthers have lost to the Bears 23-16, the Saints 27-24, the Falcons 25-17, the Chiefs 33-31 and the Buccaneers 46-23. Then after shutting out the Lions 20-0 Carolina fell in their last appearance 28-27 in a tough one versus Minnesota.

In the loss to the Vikings, Carolina quarterback Teddy Bridgewater managed 267 yards with one TD and one interception. Robby Anderson was the leading receiver on four catches for 94 yards and a score, and Mike Davis added 15 carries for 55 yards.

PICK: I’m sticking with Carolina in this one. It’s more of a “lesser of two evils” scenario however, as there’s not a lot to like about this matchup. That said, Carolina has been scoring better over their last four, with at least 20 points in each. The Broncos have hit 20 points just once in their last four games, so it’s likely that this one will be sloppy on offense. I think the Panthers can power out a cover here, but it probably won’t be pretty.