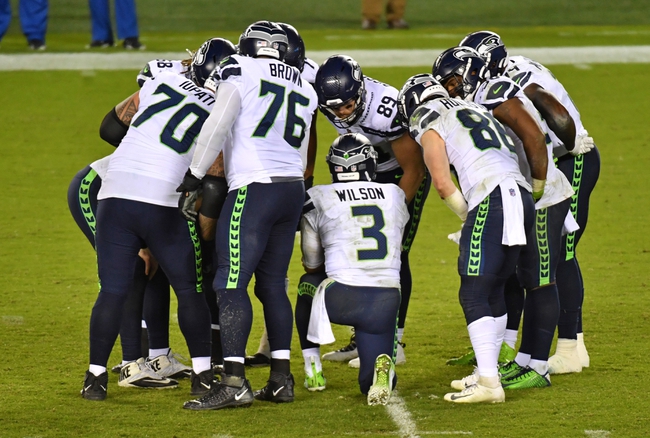 The Seattle Seahawks face off with the New York Jets Sunday in week 14 NFL action from CenturyLink Field in Seattle.

The Jets have been on an ugly skid all season, locked at 0-12 and still looking for a win. In their last four, New York has lost to the Patriots, Chargers, Dolphins and Raiders. As for the Seahawks, they’re 8-4 this season. Seattle is just 2-3 in their last five games however, falling to the Bills, Rams and Giants in that time. Check back all season long for free NFL picks at Sports Chat Place.

It’s pretty safe to use the term “dumpster fire” to characterize the Jets this season. Nothing has gone right, and there’s no end in sight. The good news (if there is any) is that New York has been close in their last four losses, getting within six points in three of those. The Jets’ latest failure came 31-28 to the Raiders last weekend.

In the loss to Las Vegas, Jets quarterback Sam Darnold posted 186 yards with two touchdowns and one interception. Jamison Crowder led the receivers on five catches for 47 yards and two touchdowns, and Ty Johnson led the rush on 104 yards and a TD from 22 carries.

Over on the Seahawks’ side, they’ve been quite uneven this season. Seattle has been sketchy over their last five games, going 2-3 in that time. Those results were a 44-34 loss to the Bills, a 23-16 loss to the Rams, victories 28-21 over the Cardinals and 23-17 over the Eagles, then another loss to the Giants 17-12.

In the defeat last weekend, Seattle quarterback Russell Wilson managed 263 yards with one touchdown and one interception. Chris Carson logged 13 carries for 65 yards to lead the rush, and DK Metcalf had five catches for 80 yards.

PICK: I’m going Seattle. This is probably one to stay away from however, given the volatility of a winless team. New York has been scoring reasonably well over their last four, with 27 or more in three of those. The Seahawks have coughed up some pretty sizable points totals to some mediocre-to-bad teams this year, but they’ve been better lately with 23 or fewer allowed in each of their last four. It’s hard to trust either of these teams right now, but Seattle seems a little more likely for a cover here.