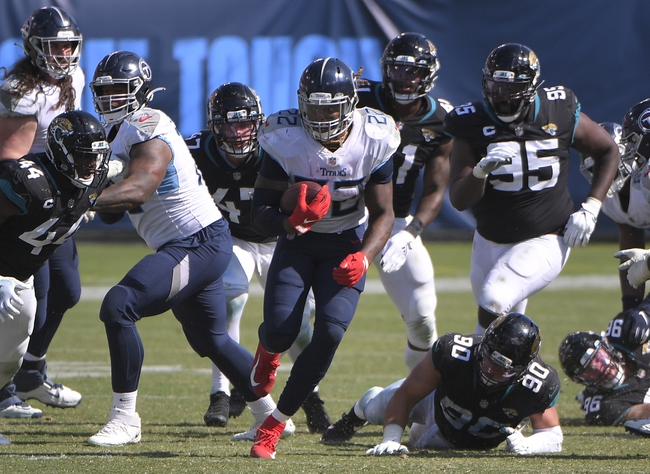 The Jacksonville Jaguars face off with the Tennessee Titans Sunday in week 14 NFL action at TIAA Bank Field in Jacksonville.

The Tennessee Titans didn't look good last week against the Browns and they've now allowed 30 or more points in six of their last 11 games. The Jacksonville Jaguars took the Vikings to overtime last week on the road, and while they've lost 11 straight games, four of their last five losses have been decided by four or less points. Seven of the Jaguars 11 losses this season overall have been decided by 10 or less points. The Tennessee Titans are going to win this game and they should run all over that Jaguars defense. However, Jacksonville has found ways to hang around all season.