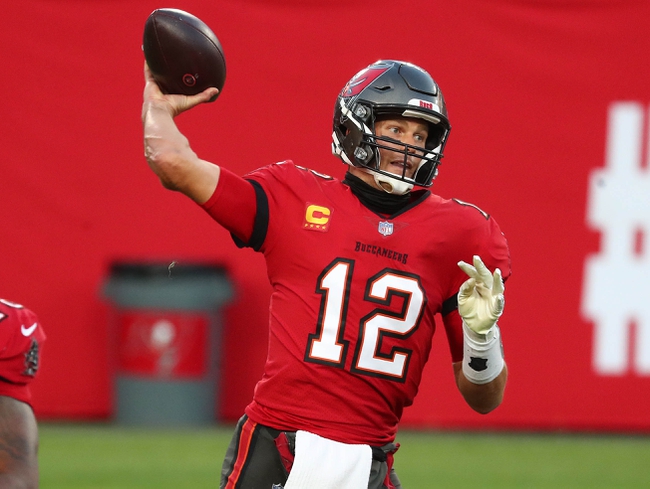 The Tampa Bay Buccaneers face off with the Minnesota Vikings in week 14 NFL action from Raymond James Stadium in Tampa Bay on Sunday afternoon.

The Minnesota Vikings will look to build on back-to-back wins after a 27-24 win over Jacksonville last time out. Kirk Cousins has thrown for 3,073 yards, 26 touchdowns and 12 interceptions on 67.8% passing while Dalvin Cook has rushed for 1,250 yards and 13 touchdowns. Justin Jefferson leads the Vikings with 61 catches for 1,039 yards and 7 touchdowns while Adam Thielen has 57 grabs for 721 yards and a team-high 12 touchdowns. Kyle Rudolph and the aforementioned Cook each have 300+ receiving yards this season. On defense, Eric Kendricks leads the Vikings with 107 total tackles including a team-high 69 solo tackles while also boasting 3 interceptions while Eric Wilson has 90 total tackles and 3 interceptions as well as 3 sacks. Yannick Ngakoue has a team-high 5 sacks while Ifeadi Odenigbo has 3.5 sacks and Harrison Smith has a team-high 4 interceptions.

I’m not really fond of either of these teams right now, but the saving grace for Tampa Bay is that they still have a loaded defense and their two losses in the last two weeks have come against a Los Angeles Rams team making a serious playoff push and a Chiefs team that was the first to clinch a playoff spot. Minnesota struggled to scrape by the Jacksonville Jaguars and I’m concerned that the struggles will continue on the road here against this solid Tampa Bay defensive front. I’ll lay the points with the Buccaneers in this spot.