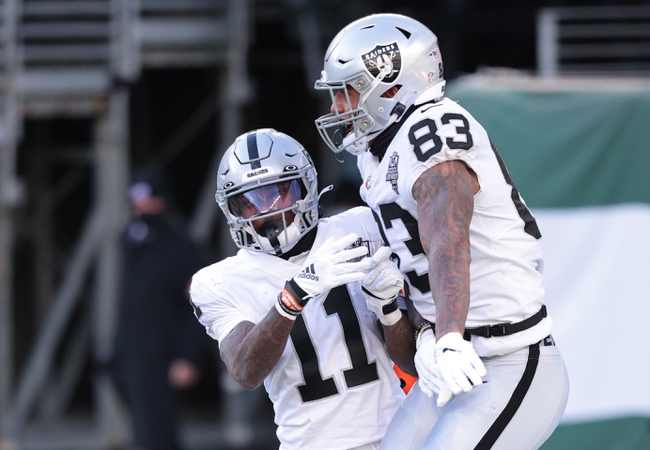 The as Vegas Raiders  face off with the Indianapolis Colts Sunday in week 14 NFL action at Allegiant Stadium in Las Vegas.

The Indianapolis Colts have played some of their best football on the road, and they continue to flex their muscle defensively, allowing 21 or less points in three of their last six games. The Las Vegas Raiders haven't played well at home where they've lost three of their last four tries, and they were 12 seconds away from losing to the worst team in the league in the New York Jets. You can make a case the Raiders are due for a breakout performance in their new stadium, but it's hard to bet against the battle tested Colts who have become road warriors. The Raiders have some showing and proving to do before I back them in a spot like this.

I'll lay the small chalk with the Colts.