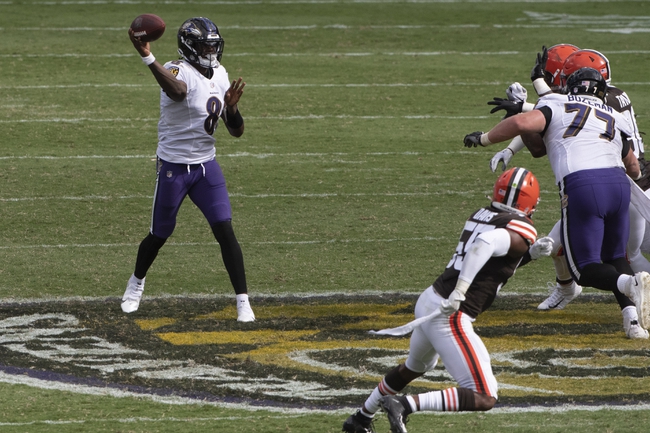 The Cleveland Browns face off with the Baltimore Ravens on Monday Night Football in a week 15 AFC North division matchup in NFL action from FirstEnergy Stadium in Cleveland.

The Cleveland Browns will look to pick up another win and get closer to a playoff spot after improving to 9-3 on the year after a 4th straight win in the form of a 41-35 win over Tennessee last time out. Baker Mayfield has thrown for 2,442 yards, 21 touchdowns and 7 interceptions on 62.7% passing while Nick Chubb has rushed for 799 yards and 7 touchdowns and Kareem Hunt has 739 yards with 4 touchdowns. Jarvis Landry leads the Browns wih 54 catches for 676 yards while Rashard Higgins had 400 yards with 3 touchdowns and Austin Hooper has 286 receiving yards and a pair of touchdowns for the Browns this season. On defense, B.J. Goodson leads the Browns with 81 total tackles including a team-high 54 solo tackles while Myles Garrett has a team-high 10.5 sacks and Olivier Vernon has 5 sacks for the Browns this year.

I get the case you could make for Baltimore here as the Ravens are starting to get back into a groove with the playoffs around the corner. However, Cleveland’s been quietly playing some of the best football I can ever remember them playing, and out of nowhere this is a 9-win team and one that’s also close to clinching a playoff spot. This is an important game on both sides, but given the recent form of both teams and with Baltimore on a short week, I have to give the edge to the Browns at home in this one.