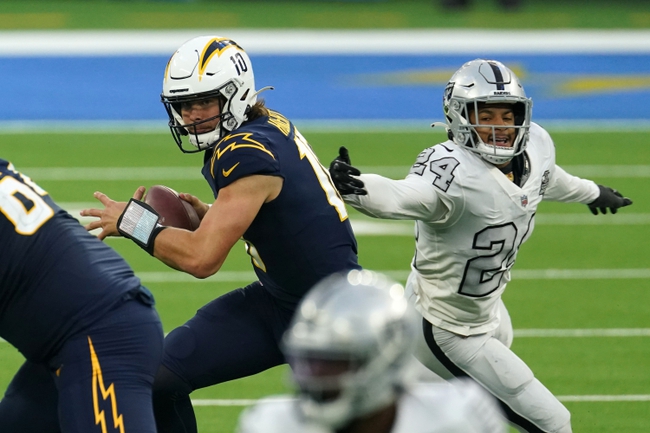 The Los Angeles Chargers have had issues finishing games all season long and all four of their wins have come against teams with losing records. The Las Vegas Raiders have lost three of their last four games and have allowed 28 or more points in each game during that stretch. The Raiders have also played their worst football at home this season. The Chargers will probably blow another lead and lose this game, but I'm not laying chalk with the Raiders in their current form. The hook may come in handy here. Give me the Chargers.