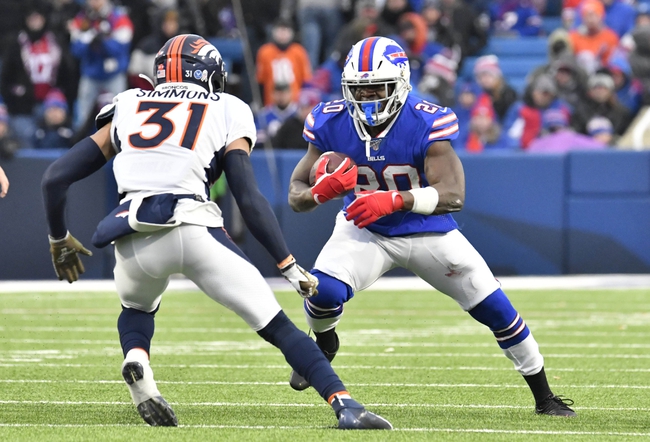 The Denver Broncos face off with the Buffalo Bills Saturday in Week 15 NFL action from Sports Authority Field at Mile High in Denver.

The Bills enter this one at 10-3 overall. Buffalo is currently riding a three-game win streak, taking out the Chargers, 49ers and Steelers in that time. As for Denver, they’re 5-8 this year. After losing consecutive games, the Broncos got a win over the Panthers this past weekend. Check back all season long for free NFL picks at Sports Chat Place.

Buffalo has turned in a pretty amazing year so far, and they’re sitting atop the AFC East. After a 4-2 start, the Bills took out the Jets, Patriots and Seahawks before losing 32-30 to the Cardinals. Since then it’s been three straight wins for Buffalo: 27-17 over the Chargers, 34-24 over the 49ers and 26-15 over the Steelers.

In the win over Pittsburgh, Buffalo quarterback Josh Allen posted 238 yards with two touchdowns and one interception. Zack Moss added 13 carries for 43 yards, and Stefon Diggs managed 10 catches for 130 yards and a score.

Over on the Denver side, it’s been an up-and-down season. The Broncos started out 3-4 then lost to the Falcons and Raiders before beating the Dolphins. Consecutive losses to the Saints 31-3 and the Chiefs 22-16 came next, then Denver got a win 32-27 over the Panthers last weekend.

In the win against Carolina, Denver quarterback Drew Lock posted 280 yards with four touchdowns, and KJ Hammier led the receivers with two catches for 86 yards. Melvin Gordon was the top rusher there with 68 yards from 13 carries.

PICK: I’m going Bills here. Buffalo has been quite impressive all season. They’re 6-1 in their last seven games, with a two-point loss to Arizona being the only hiccup in that stretch. Each of the Bills’ last three wins have come by double-digits, and they’ve hit 26 or more points in each of their last five games. Denver had a good win last weekend, but had scored 20 points or fewer in each of their previous four. I don’t think they’ll be able to keep up with Buffalo.