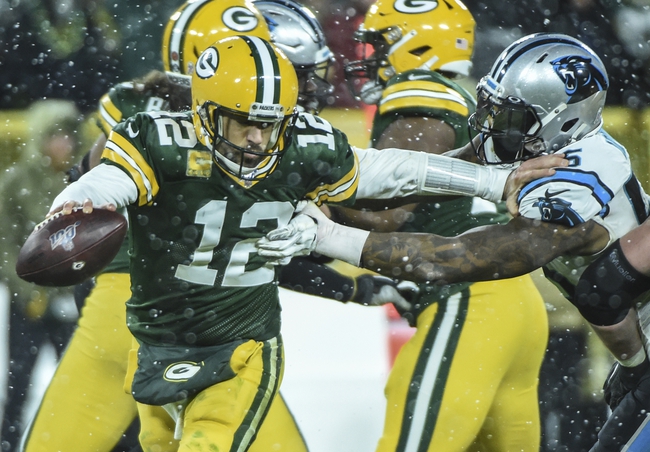 The Green Bay Packers face off with the Carolina Panthers Saturday in week 15 NFL action at Lambeau Field in Green Bay.

The Carolina Panthers can't finish a game and they're below average on both sides of the ball, but they've been competitive all season and seven of their nine losses have been decided by single digits. The Green Bay Packers have topped 30 points in each of their last four games and five of their last seven wins have been won by double digits. The Packers should be able to get the job done here, but this feels like too many points to turn down with the Panthers given just how competitive they've been all season.