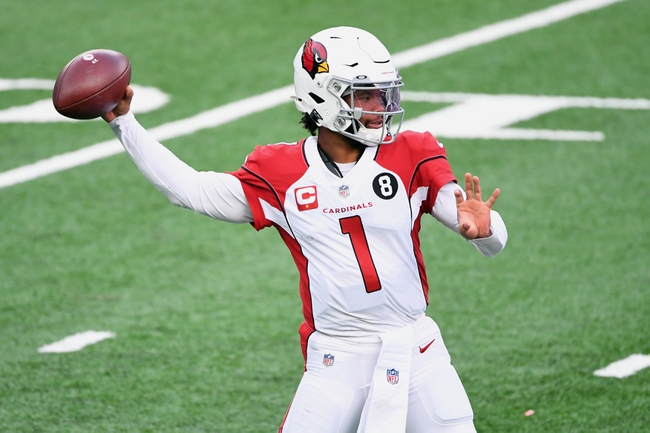 The Arizona Cardinals  face off with the Philadelphia Eagles in week 15 NFL action from State Farm Stadium in Phoenix on Sunday afternoon.

The Philadelphia Eagles will look to build on their 24-21 win over the New Orleans Saints in their last matchup. Carson Wentz has thrown for 2,620 yards, 16 touchdowns and 15 picks on 57.4% passing but has been benched in favor of Jalen Hurts who’s thrown for 309 yards, 2 touchdowns and an INT this season. Miles Sanders leads Philly in rushing with 746 rushing yards and 5 scores while Boston Scott has 292 rushing yards this season. Travis Fulgham leads the Eagles’ receiving group with 467 receiving yards and 4 TDs while Dallas Goedert has 447 receiving yards with 3 TDs and Greg Ward has a team-high 46 grabs for 371 yards and 4 scores. Richard Rodgers and Jalen Reagor each have 300+ receiving yards while Zach Ertz has 217 yards and another four Eagle receivers have at least 100 receiving yards this season. On defense, Alex Singleton leads the Eagles with 87 total tackles Including 55 solo tackles while Brandon Graham has a team-high 7 sacks this year. Fletcher Cox has 6.5 sacks and Josh Sweat has 6 sacks and Derek Barnett has 5.5 sacks while Javon Hargave has 4.5 sacks for Philly’s defensive unit this season.

The Arizona Cardinals could use another win after a 26-7 win over the Giants to improve to 7-5 on the year. Kyler Murray has thrown for 3,231 yards, 23 touchdowns and 10 interceptions on 67% passing while also rushing for 712 yards and 10 scores. Kenyan Drake has a team-high 848 rushing yards with 9 TDs and Chase Edmonds has 404 rushing yards and 4 scores as well this year. DeAndre Hopkins leads Arizona’s receiving group with 94 catches for 1,155 yards and 5 TDs while Christian Kirk has 512 receiving yards and a team-high 6 TDs. Chase Edmonds, Larry Fitzgerald and Dan Arnold each have 300+ receiving yards as well this season for Arizona. On defense, Jordan Hicks leads the Cardinals with 101 total tackles while Budda Baker is right behind with 100 total tackles including a team-high 75 solo tackles. Dre Kirkpatrick and Patrick Peterson each have 3 interceptions while Haason Reddick has 10 sacks for the Cards this season.

I get why the points are tempting after Philadelphia took down the Saints, but the issue I have is that even a blind squirrel finds a nut once in a while. The Eagles got a win, but whoop. These guys are professional so they’re going to try to win games but the issue I’m having with this game is that I don’t think the Eagles have enough offensive firepower to keep pays with Arizona in this one. I’ll lay the points with the Cardinals here.