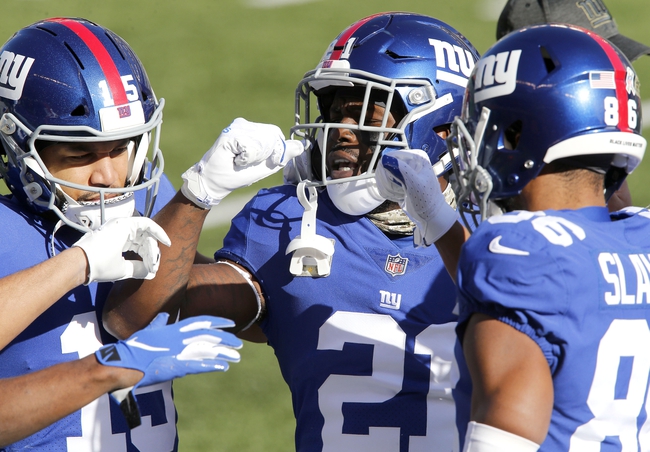 The New York Giants face off with the Cleveland Browns in week 15 Sunday Night Football NFL action at MetLife Stadium in the Meadowlands.

The New York Giants look to keep their playoff hopes alive after winning four of their last five games. The New York Giants have split their last four home games. Daniel Jones is completing 62.6 percent of his passes for 2,462 yards, eight touchdowns and nine interceptions. Jones has zero touchdown passes in his last three games. Darius Slayton and Evan Engram have combined for 1,155 receiving yards and four touchdowns while Sterling Shepard has 45 receptions. The New York Giants ground game is averaging 116.5 yards per contest, and Wayne Gallman leads the way with 561 yards and six touchdowns. Defensively, New York is allowing 22.4 points and 342.9 yards per game. Blake Martinez leads the New York Giants with 118 tackles, Leonard Williams has 8.5 sacks and James Bradberry has three interceptions.

The Cleveland Browns are coming off a tough Monday night loss that could have a carryover effect, but they haven't lost back-to-back games this season and they're so close to ending their playoff drought that is 18 years long. The New York Giants didn't show up last week against the Cardinals, but their defense has allowed 20 or less points in four of their last five games and they're still in the playoff hunt themselves. The Browns are the better team here and should win, but each of their last five wins have been decided by six or less points. The Browns rarely make things easy on themselves, and the Giants will force Cleveland to make plays through the air to win, as they're one of the better teams at stopping the run.

Give me the points with the home team in this crucial Sunday night game.