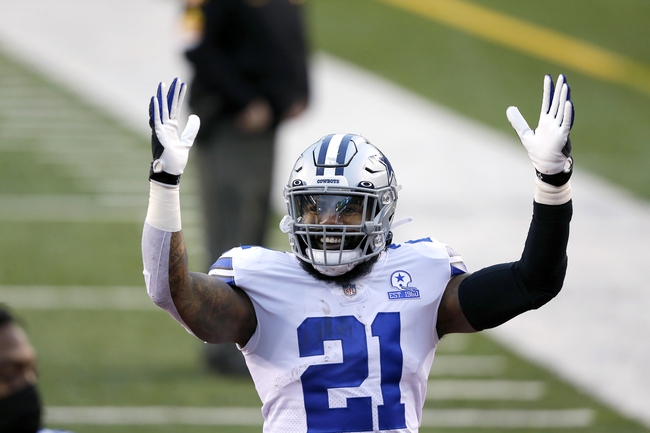 San Francisco is sitting at 5-8 so far this year. The 49ers have lost consecutive games to the Bills and Washington in their last two outings. As for the Cowboys, they’re 4-9 this season. Dallas had lost two straight games to Washington and the Ravens, but beat the Bengals in Week 14. Check back all season long for free NFL picks at Sports Chat Place.

San Francisco has a few solid wins under their belts this year, but largely they’ve been uneven. the 49ers started out the year at 4-3, but then lost three straight to the Seahawks, Packers and Saints before getting a win over the Rams. Since then it’s been two losses to the Bills 34-24 and Washington 23-15.

In the loss to the Team last weekend, 49ers quarterback Nick Mullens posted 260 yards with a TD and an INT, and Raheem Mostert led the rushers with 65 yards from 14 carries. Brandon Aiyuk added 10 receptions for 119 yards to lead the team.

Over on the Dallas side, it’s been an injury-plagued year in a bad division. Dallas started out at 2-3, then hit a four-game skid with losses to the Cardinals, Washington, the Eagles and Steelers. Dallas is 2-2 in their last four games, with losses to Washington and Baltimore sandwiched between wins over the Vikings and Bengals.

In the 30-7 win over Cincinnati in Week 14, Dallas quarterback Andy Dalton posted 185 yards and two scores, with Amari Cooper leading the way on 51 yards and a TD from four catches. Tops in rushing was Ezekiel Elliot with 48 yards from 12 carries.

PICK: I suppose I’m taking Dallas here. Neither team is all that reliable these days, however. The Cowboys turned in a nice effort against the Bengals last weekend, after getting outscored 75-33 in their previous two games. San Francisco is just 1-5 over their last half-dozen games, and they’ve scored 24 or fewer points in each of their last five outings. This is bound to be an ugly game, but if Dallas can put together a solid effort like they did last week they should be able to manage a cover (and maybe a win).