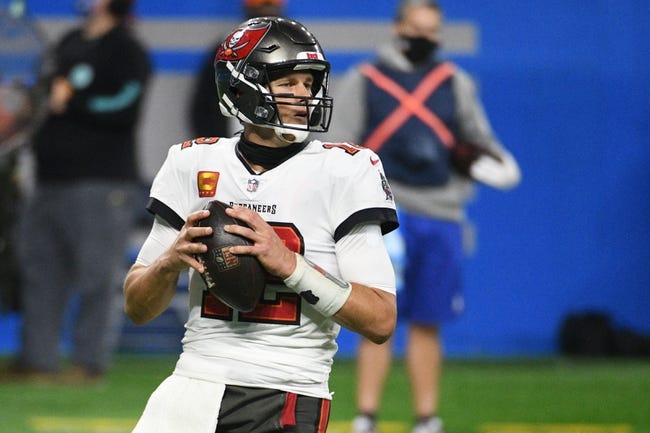 The Falcons enter this one at 4-11 on the year. Atlanta has lost their last four straight games to the Saints, Chargers, Buccaneers and Chiefs. As for Tampa Bay, they’re 10-5 this season. The Buccaneers have won their last three straight versus the Vikings, Falcons and Lions. Check back all season long for free NFL picks at Sports Chat Place.

Atlanta hasn’t been able to gain much traction at all this year, and began the season with a five-game losing streak. After that it was an encouraging 3-1 run for the Falcons, but they’ve lost each of their last four games. Those defeats came 21-16 to the Saints, 20-17 to the Chargers, 31-27 to the Bucs and 17-14 to the Chiefs.

In the loss to Kansas City, Atlanta quarterback Matt Ryan managed 300 yards with two touchdowns. Ito Smith added 46 yards on 10 carries to lead the rush, and Calvin Ridley had an nice game on 130 yards from five catches as the top receiver.

Over on the Buccaneers’ side, they kicked off the year at 7-2 but then ran into a 1-3 stretch with some tough matchups. Tampa Bay has looked good in their last three games though, winning 26-14 against the Vikings, 31-27 over the Falcons and 47-7 over the Lions in that trio.

In the win over Detroit, Tampa Bay quarterback Tom Brady managed 348 yards with four touchdowns on 22-of-27 passing. Mike Evans led the receivers with his 181 yards and two scores off 10 catches, and Ke’Shawn Vaughn was the top rusher on 62 yards from 15 carries.

PICK: I’m going to take a shot on the Falcons in this one. The last time these teams met up wasn’t that long ago: December 20, to be exact. Atlanta jumped out to a 17-0 lead at halftime before getting outscored 31-10 in the final two quarters to blow the game. Memories of that implosion will be fresh in the Falcons’ minds here, and I think they’ll play a better game. Atlanta held the Chiefs to just 17 points in their last game; I like this one to be a lower-scoring game as well, with the Falcons eking out a cover.