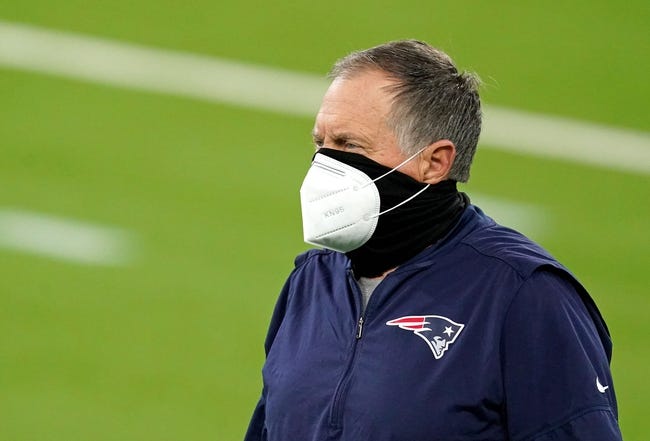 The 2021 NFL Draft kicks off on Thursday, April 29th in Cleveland and the New England Patriots currently hold 10 draft picks including the 15th overall pick.  The Patriots aren’t used to missing out on the playoffs, and this is a big draft with some key positions that need to be filled. Let's take a look at the Patriots' biggest draft needs and some players that could be strong fits on their team.

1. Quarterback:
The Patriots need to find a franchise quarterback and even though they have signed Cam Newton, he isn’t the long-term future of this team. The team does have Jarrett Stidham on the roster they could decide to go with, but this is a strong draft class, and getting a quarterback makes a lot of sense.

Players to target: Justin Fields, Kyle Trask, Kellan Mond
There has been a lot of talk about Justin Fields falling down draft boards, and he could fall right into the Patriots' laps at 15. Having the 15th pick could limit what quarterback they could take but if Fields does fall, the Patriots should draft him.

Depending on where Kyle Trask and Kellan Mond fall, they could make a lot of sense in the second round, especially if the Patriots decide to trade up. With so many draft picks, they could have the ammo to trade up.

2. Offensive Line/Offensive Tackle
The Patriots might not actually need offensive tackle help yet, but depending on how the next offseason works out, it could be a big need. Isaiah Wynn has a 5th-year option for the 2022 season, and Trent Brown is also set to be a free agent. Depending on what the team plans on doing with those two players after this upcoming season, this could be a pressing need the Patriots need to take advantage of.

Players to target: Jalen Mayfield, Spencer Brown
One issue in terms of targeting offensive lineman is there might not be many late round steals that emerge with this team. If the team decides to use their first-round pick on an offensive tackle former Michigan standout Janel Mayfield makes a lot of sense.
If the team is looking for a player in the middle rounds former Northern Iowa standout Spencer Brown would make a lot of sense and although he might be a bit of a project in a few years he could be a starter.

3. Free Safety
Current Patriots free safety Devin McCourty is entering the final year of his contract, and finding a cheaper option to help the secondary makes a lot of sense. If the team decides to not go quarterback first round, free safety is what the team should target.

Players to target: Trevon Moehrig, Ar’Darius Washington
Both players that make a lot of sense for the Patriots at this position played their college football at TCU. Trevon Moehrig is a long lanky player, and he could fill the role that McCourty had last season.
Ar’Darius Washington is a player that looks great on tape, but he could be a bit of a project that could also take a few years to develop. If he does work out, this is a player that could become a top-level player.