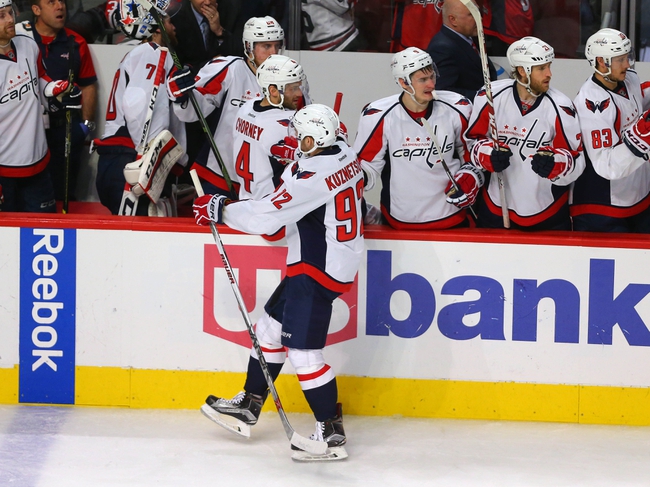 The Washington Capitals and Chicago Blackhawks meet up on Friday night for one of the most anticipated matchups of the season so far.

The Washington Capitals look for a big time victory heading into the weekend as they face off against the Chicago Blackhawks at the United Center on Friday night in what should be a very exciting contest between two Cup contenders. The Caps know the United Center is a very tough building to win in but with a lackluster show down with the Carolina Hurricanes on Saturday they know they can put in a full effort here against the Hawks who are coming off a nice road win against the St. Louis Blues. Braden Holtby is expected to get the start as he will face off against Corey Crawford in what is a show down of two of the three Vezina Trophy finalists, an award the ultimately was given to Holtby.

The Blackhawks meanwhile are on fire right now and have won seven games in a row and can extend that number and win their 11th of the season with a strong performance against the Capitals in this one. Chicago always seems to find a way to stay competitive and with the likes of Jonathan Toews and Patrick Kane up top and Brent Seabrook and Duncan Keith on the blue line it is no surprise they are playoff contenders again this season, and so far they are the team to beat in the West. Corey Crawford is coming off a shutout and will need to be strong once again if he and the Hawks are going to find a way to take down Holtby, Alex Ovechkin, and the Caps.