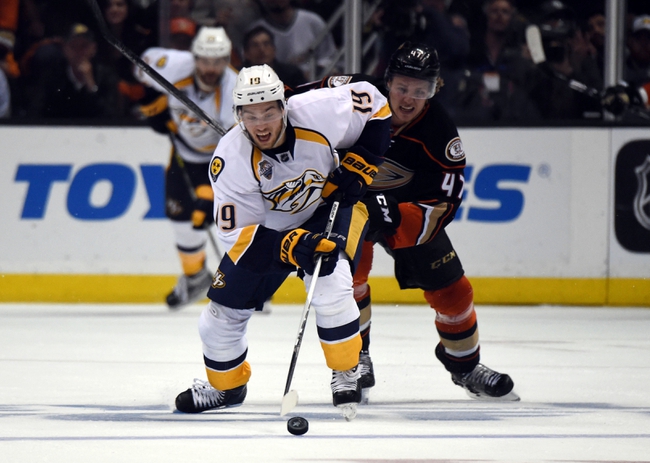 The Anaheim Ducks and Nashville Predators clash Saturday night in a NHL matchup at the Bridgestone Arena.

The Anaheim Ducks look to stay hot after winning seven of their last 11 games. The Ducks are averaging 2.7 goals per game and are scoring on 24.5 percent of their power play opportunities. Ryan Kesler leads Anaheim with six goals, Jakob Silfverberg has four assists and Andrew Cogliano has 32 shots on goal. Defensively, the Anaheim Ducks are allowing 2.3 goals per game and are killing 85.2 percent of their opponents power plays. John Gibson has given up 28 goals on 309 shots faced and Jonathan Bernier has allowed seven goals on 112 shots. The Anaheim Ducks have won all seven games this season when scoring more than two goals.

Both of these teams are playing their best hockey of the young season and we should expect a well played game here. While the Ducks may be the hotter team, Anaheim still has yet to prove it can string wins together on the road. Meanwhile, home is the one place where the Nashville Predators seem to find success. I have to back the Predators in this spot.