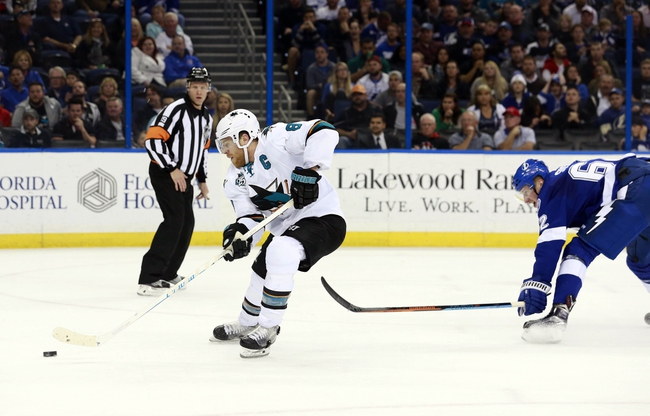 The San Jose Sharks and Tampa Bay Lightning square off Saturday night in NHL action at the Amalie Arena.

The San Jose Sharks look for some sort of consistency after splitting their last 12 games. The Sharks are averaging 2.4 goals per game and are scoring on 17.8 percent of their power play opportunities. Brent Burns leads San Jose with six goals, Joe Pavelski has nine assists and Tomas Hertl has 35 shots on goal. Defensively, the San Jose Sharks are allowing 2.4 goals per game and are killing 88.6 percent of their opponents power plays. Martin Jones has given up 28 goals on 309 shots faced and Aaron Dell has allowed four goals on 41 shots. The San Jose Sharks have lost all six games this season when allowing three or more goals.

The Tampa Bay Lightning continue to be one of the better home teams in the league and have an offense that is consistently finding the back of the net. That's bad news for a San Jose Sharks team that has yet to win a game this season when allowing more than two goals. I'll back Tampa Bay at home to get a rare recent victory over the Sharks.