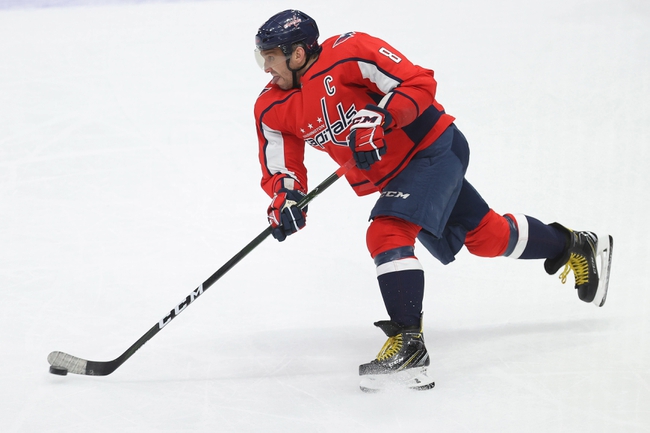 The Pittsburgh Penguins and the Washington Capitals meet in NHL action from the Capital One Arena on Sunday afternoon.

The Pittsburgh Penguins will look to rebound from back-to-back losses after a 5-2 defeat at the hands of the Buffalo Sabres last time out. Buffalo opened the scoring just :14 into the game before pushing ahead 3-0 just after the midway point of the opening period with a pair of goals 3:03 apart. Evgeni Malkin got the Penguins on the board just after the midway point of the 2nd period with the lone goal of the middle frame but Buffalo would surge ahead 5-1 later in the 3rd period. Malkin pulled a 2nd goal back with just over two minutes to go, but it was too little too late as the Sabres would coast to the win. Tristan Jarry took the loss, falling to 20-9-1 on the year after giving up all 5 goals on 26 shots faced in the losing effort.

The Washington Capitals will be out to snap a four-game losing streak after a 3-2 loss to New Jersey last time out. New Jersey opened the scoring with the lone goal of the 1st before doubling their lead in the later stages of the 2nd. Tom Wilson responded for Washington just 2:32 later, and Alex Ovechkin would tie the game at two just before the five-minute mark of the 3rd period with career goal #700. The game looked headed for OT but New Jersey would score what would be the game winning goal with just under two minutes to go. Ilya Samsonov took the loss, falling to 16-5-1 on the year after allowing 3 goals on 29 shots faced in the losing effort.

I get that Washington is an extremely talented team, one of the NHL’s best, and they’re capable of breaking out of a slump at any time on any given day. However, I’m not going to keep laying juice with the Capitals in the hopes that maybe I’ll catch them on the day the skid ends, especially when there’s an equally solid Pittsburgh team on the other side. The Penguins have also had the number of the Caps in recent meetings, so I’ll take a shot with the Penguins and the plus money here.